Disney Plus - 10 Things you Must Watch 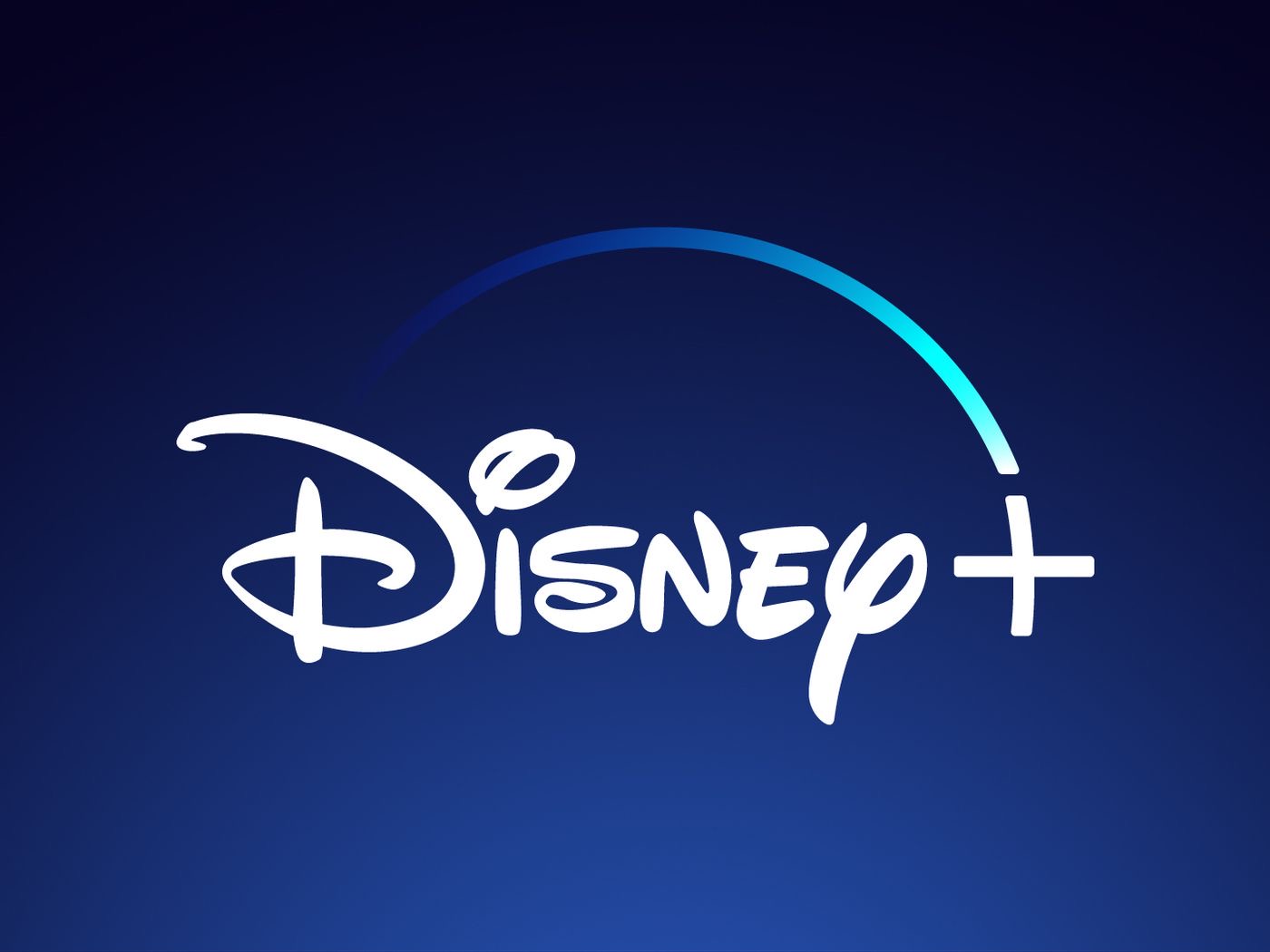 Disney has become the latest franchise to introduce a new streaming service, and it's fair to say Disney have pulled out all the stops with their latest offering.

Disney+ has pitted itself against streaming giants such as Netflix and Apple TV Plus by offering this monthly subscription service which features all of the Disney classics we know and love, whilst also offering programmes from the National Geographic channel and various other series.

If you have recently signed up to Disney+, had it for a while and find yourself spending hours trawling the endless movies and series or are just unsure on whether to invest yet, this blog is for you.

I'm going to give you the run down of my must-see recommendations which will be sure to get your Disney juices flowing.

This Star Wars series is set between fall of The Empire and the arrival of the First Order and follows a lone bounty hunter who is operating in the most outer perimeters of the galaxy, far away from the rule of the New Republic.

Prepare yourself for plenty of action, new and imaginative creatures (uh-hum - Baby Yoda!), and extremely cleverly placed humour with this awesome addition to the Star Wars franchise.

Don't waste any time in getting up to speed on this one as season 2 is due to land on the streaming service soon, with rumours that season 3 is already in pre-production! 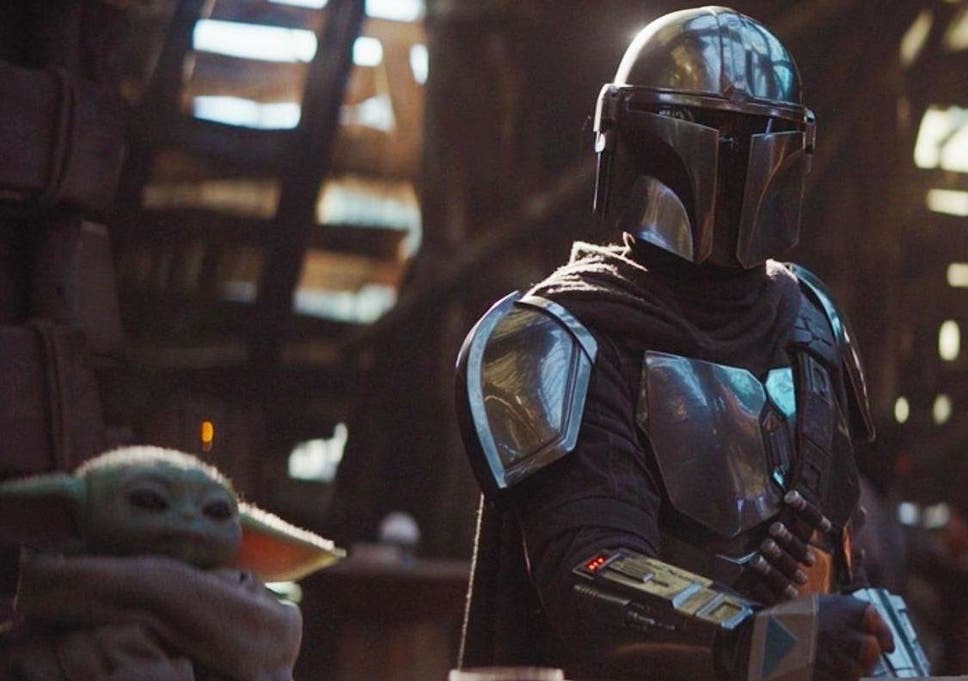 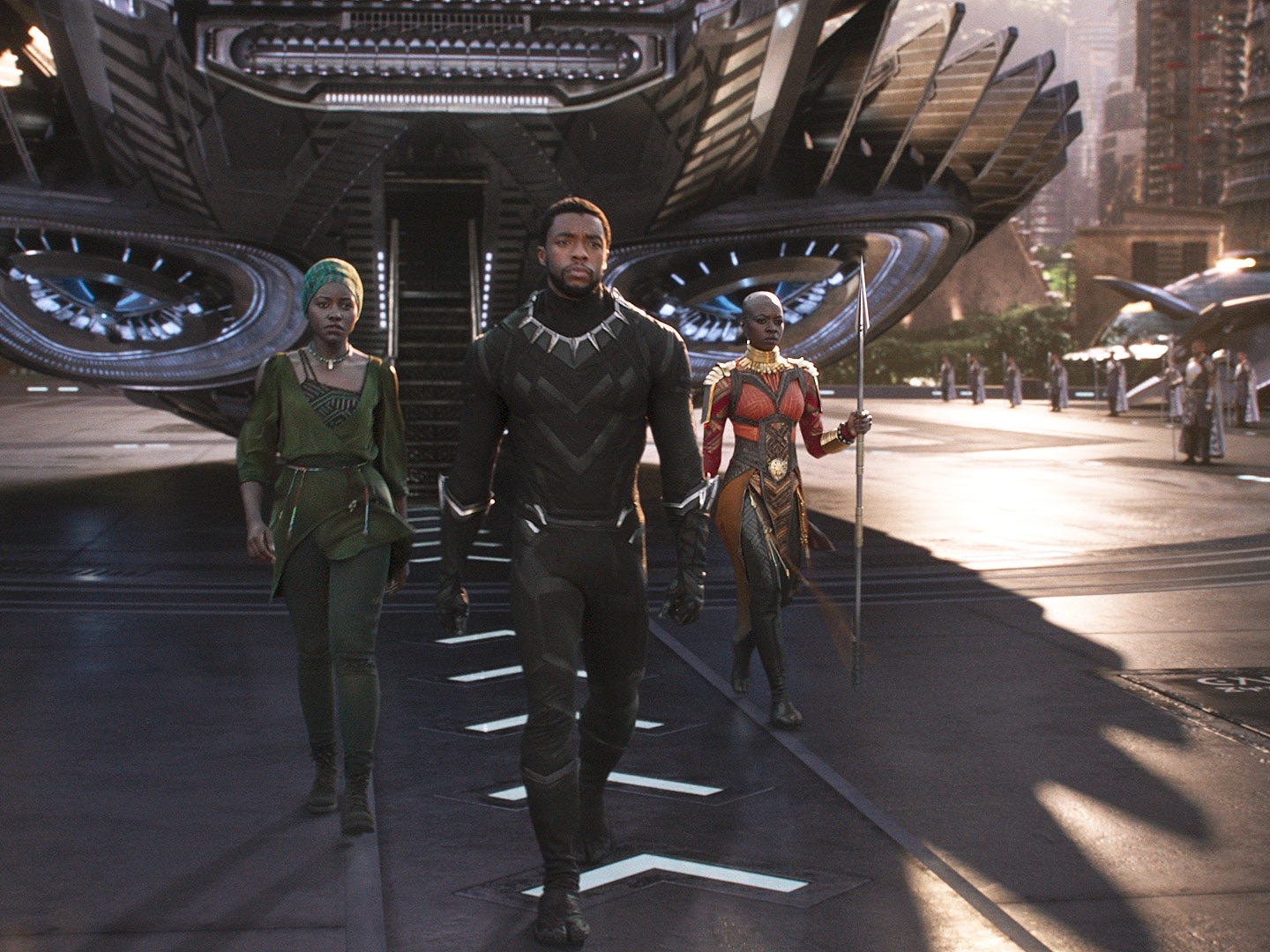 We couldn't do this run down without including some Marvel magic could we?!

Black Panther first hit our screens in 2018 and truly delighted audiences, becoming one of the most loved films of the entire Marvel franchise with its original, action-packed, character-focused story line.

Noted as being extremely exciting and thrilling throughout by the cinema-goers who sought the film out upon its release, it comes at no surprise that Disney have included this firm favourite amongst the streaming service's offerings.

Beginning his life as a humble, plain spork, Forky was soon brought to life in Toy Story 4 with a little help from Bonnie and shot to fame instantly, soon becoming one of the most loved additions to the iconic Toy Story franchise.

With this in mind, Disney saw it was the perfect time for one of the Toy Story characters to get a well-earned spin-off series, and who better to land that deal than Forky himself?!

In Forky Asks a Question, we see the beloved spork answer all of life's big conundrums in bite-size instalments.

These animated episodes make for an amusing, lighthearted way to pass a few minutes - something we could all do with now and again. 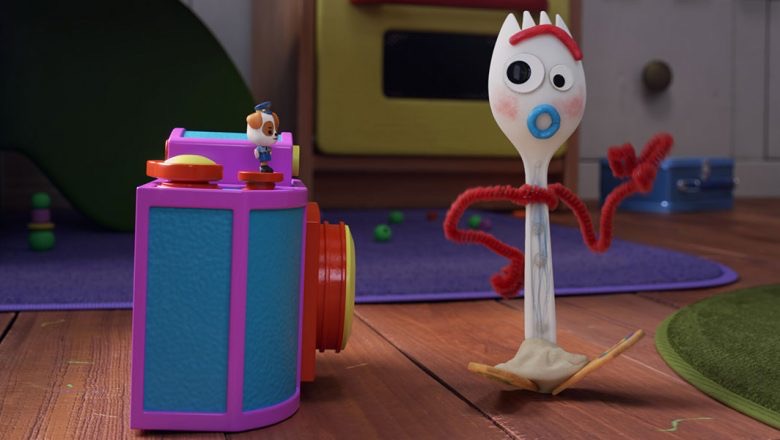 I will always remember sitting in my living room, still in my school uniform, waiting for my parents to finish cooking tea whilst lapping up the well-placed humour of The Simpsons, and now we can pig out on every single last episode (yep - over 600!) thanks to Disney+.

The Simpsons has been outrageously popular and has stood the test of time wonderfully, spanning over 30 years!

With an age that might have only grown up on Family Guy or American Dad (which I'm also partial to), this could be the perfect opportunity for a trip down memory lane for the whole family and introduce another beloved cartoon family into the home.

Disney+ have also announced that season 31 is due to be released on the streaming service in November 2020 too - woohoooo! 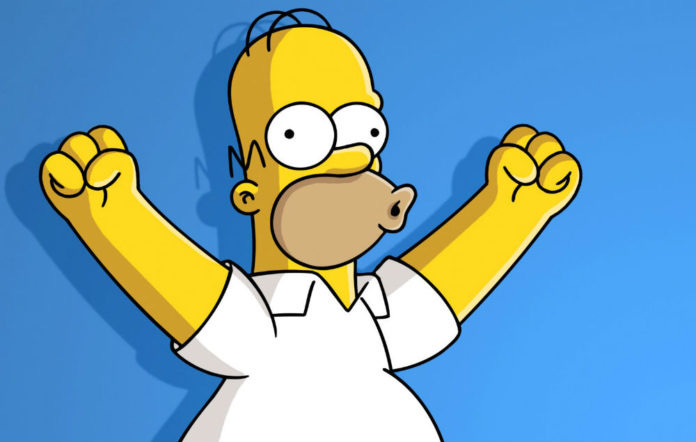 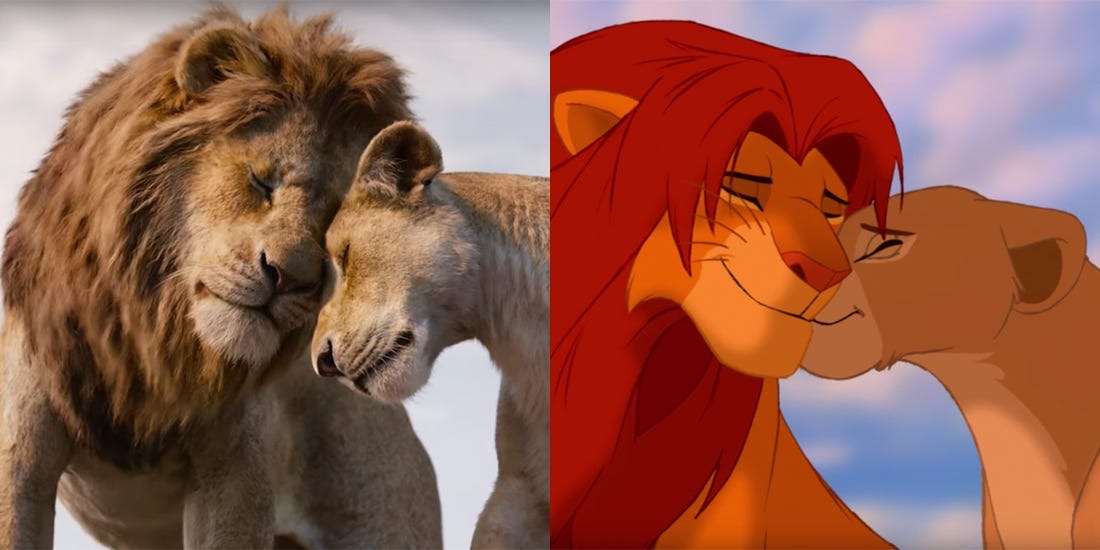 With both the original 1994 film and Jon Favreau's 2019 live action remake both available to watch on Disney+, you really are spoilt for choice.

Personally, I think it should be compulsory for everyone to take in the pure originality of the 1994 addition first (if you spent your childhood/early adult years living under a rock and haven't already seen it, that is..) and then perhaps move on to the newer offering - think of it as a Lion King marathon which you could easily span over a couple of evenings!

Although the first film will always have a special place in my heart, it's difficult to not appreciate how visually spectacular the 2019 live action film is.

With some big Hollywood names; Donald Glover, Seth Rogen, Billy Eichner, Keegan-Michael Key and Beyonce, all starring in this remake alongside the songs we know and love from the first film, it's sure to please most Lion King fans - unless you are a true traditionalist. 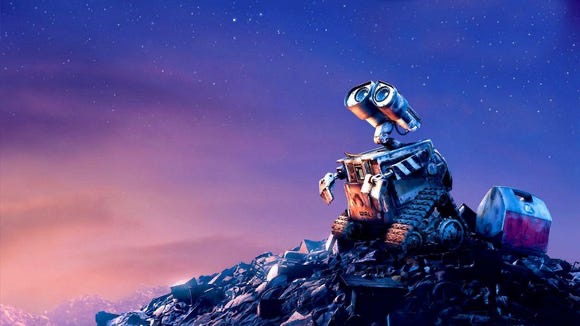 Pixar definitely hit the mark when they released this film to audiences back in 2008, and it is a still firm favourite in my household.

The plot takes the viewers on a journey with a machine which is solely responsible for cleaning our Earth, one which has become littered beyond recognition.

WALL-E soon meets a lovely lady-bot and falls in love, together they embark on a journey that will ultimately change the fate of humankind forever.

One suitable for all the family, this film will ensure you ride the full scope of human emotion and leave you deep in thought when it concludes.

Moana is up there with my favourite contemporary takes on your typical Disney Princess themed films (alongside Tangled), and if you haven't yet seen the 2016 animation, I'd highly recommend you watch it - like now!

The plot follows a hopeful and courageous girl, Moana, who is the daughter of chief Tui, on her journey to return the heart of goddess Te Fiti after it was taken by Maui, a larger than life demigod.

Te Fiti is the goddess of earth and life, and whilst her heart is stolen, Moana's village is in danger. With this mounting pressure, Moana knows there is only one thing she can do, head into the unknown and brave the ocean to find Maui, with a little (questionable) help from Heihei, Moana's dumb rooster AKA the village idiot.

With its wonderful setting and beautiful animation, coupled with the wonderfully catchy songs and amazing cast, this film is definitely a crowd pleaser and will leave you feeling uplifted and fearless! 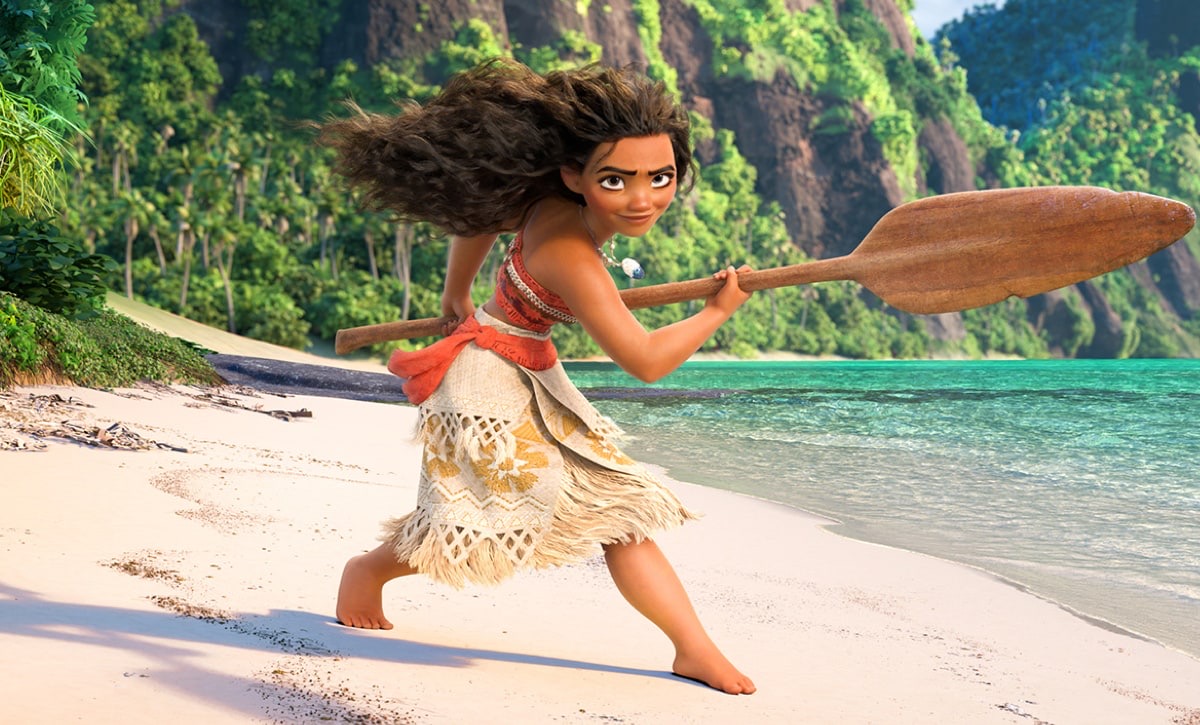 8. The Nightmare Before Christmas 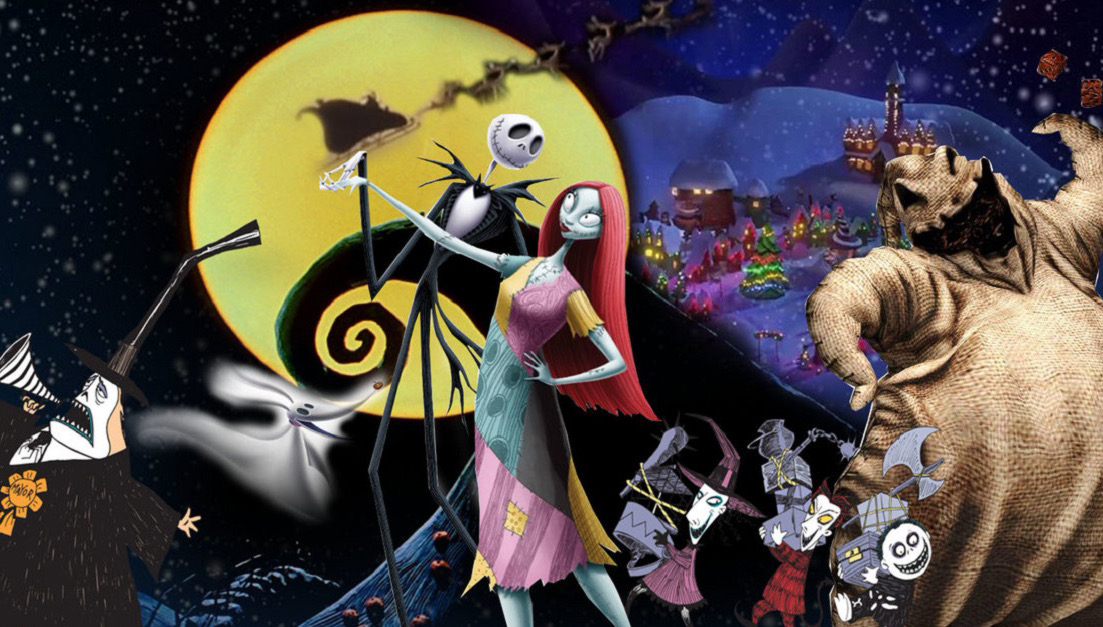 Based on a poem written by Tim Burton in 1982, The Nightmare Before Christmas sees Jack Skellington (AKA the Pumpkin King) from Halloween Town discover Christmas Town and he is instantly enchanted.

His obsession with Christmas Town soon becomes evident as he plots and schemes to abduct Santa Claus.

Introduced to us back in 1993 through Touchstone Pictures as it was believed to be "too scary and dark for kids", the film soon established itself as a timeless classic, pleasing audiences of all ages.

Perfect for that weird "in between" period we have once Halloween has passed and whilst we wait for Christmas to arrive, this film is one to get cosy with whilst you follow the musical masterpiece.

There is no question that Lilo & Stitch is an all-time classic! The film made its way onto our screens in 2002 and has charmed audiences of all ages ever since.

With it's endearing plot, cute characters, sensational soundtrack consisting of some Elvis classics and exquisite hand-painted animation, this film follows the story of Lilo as she attempts to tame Experiment 626 (AKA Stitch) who is a salivating, long-eared beast, programmed to destroy everything and anything in its path.

It has all of the charm we have grown to expect from a Disney film, and offers something which was arguably ahead of its time as there is no "Prince Charming" to save the day... 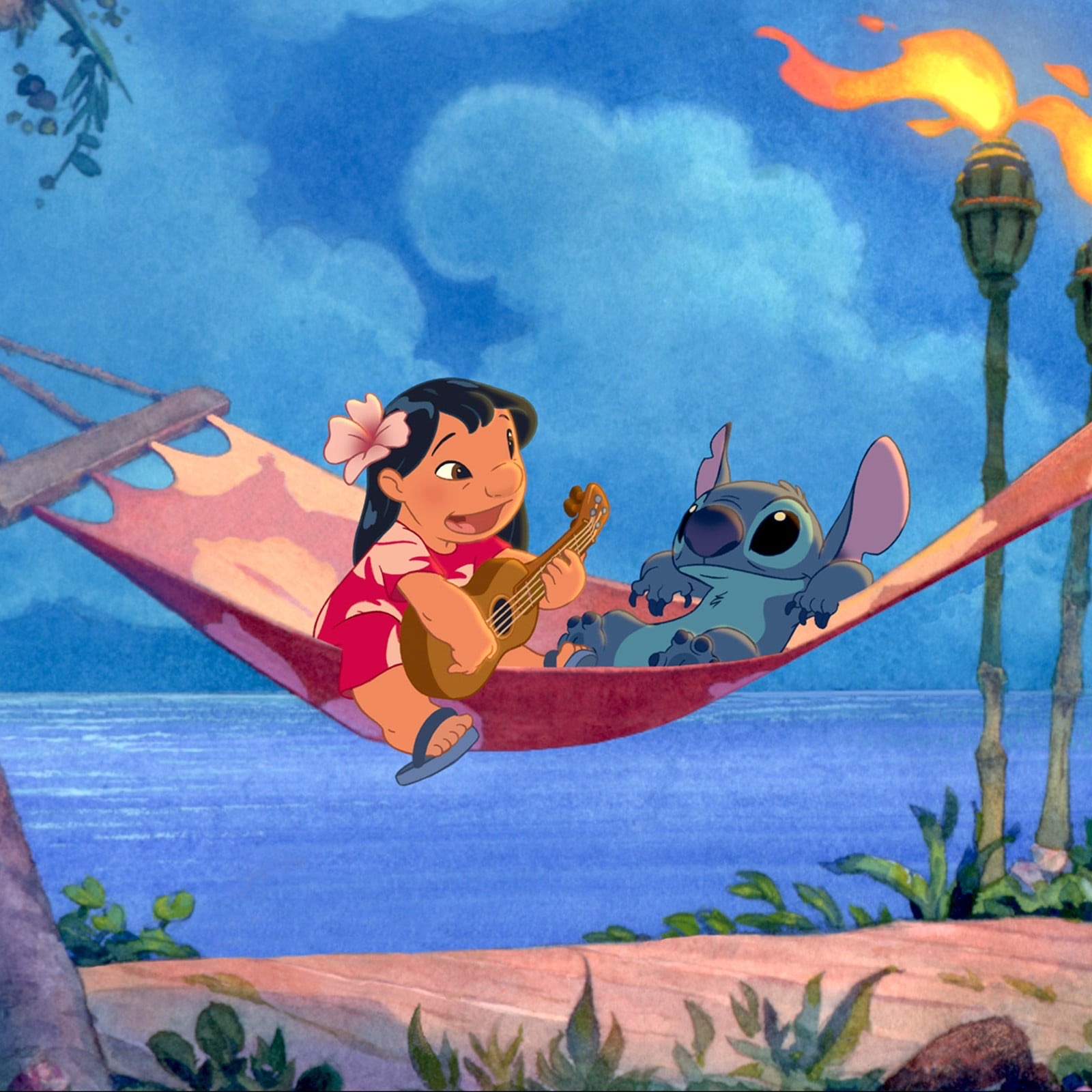 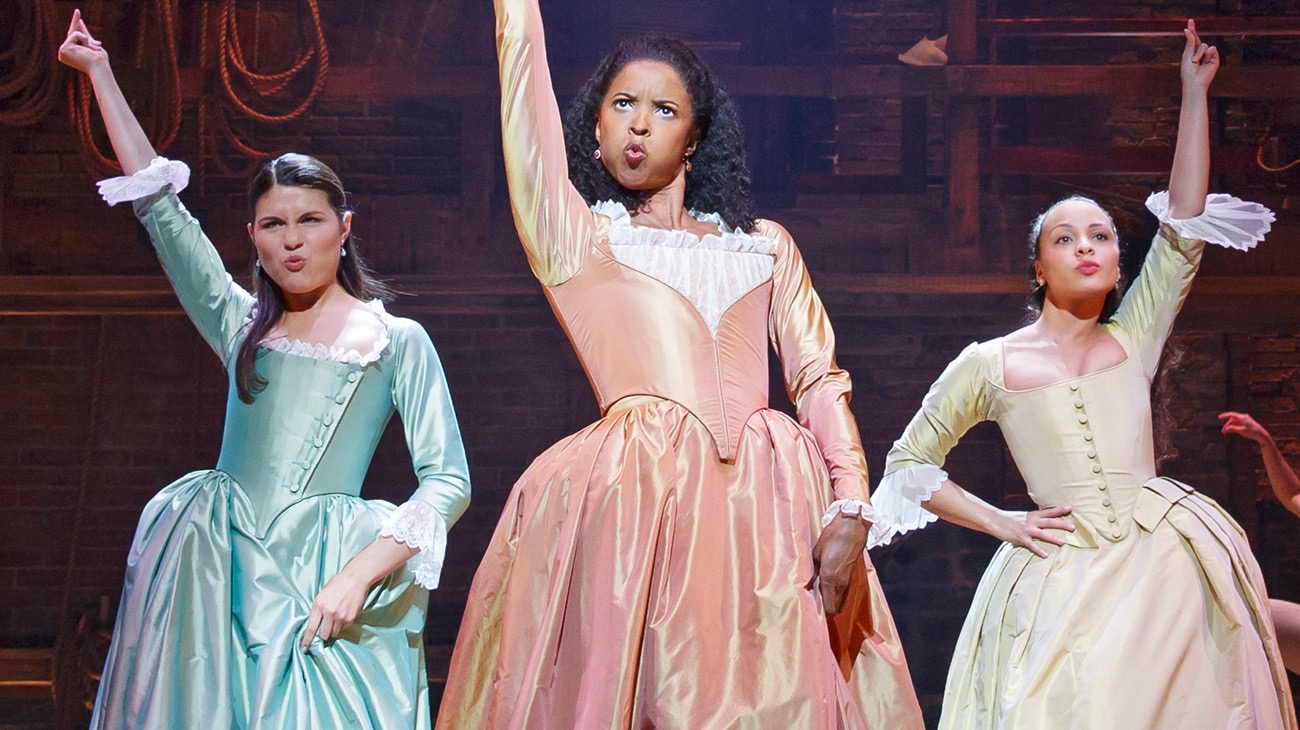 I couldn't complete this list without mentioning one of the most famous musicals of recent times.

Hamilton: An American Musical, tells the story of almost forgotten American Founding Father Alexander Hamilton and how he pulled himself out of poverty and into power during the American War of Independence.

If you're not familiar with Hamilton, it would be understandable if you thought that summary sounded quite dry, but this Broadway production has become insanely popular with great reasoning.

The story is told through a variety of RnB and hip-hop songs, and it is this contrast between the contemporary music and historical plot which makes for a truly engrossing experience.

Hamilton's cultural impact has been enormous, and this production set a Broadway box office record for the most money grossed in a single week in New York in 2016, taking $3.3 million.

Because of it's insane popularity, it was practically impossible to get tickets to see this production on the stage and for this reason (along with hundreds of others) you should definitely give this a watch, you might even learn something new!

Make sure you let us know what you have been loving about Disney+ during lockdown!

Back to Retro Styler Blog
1308