The Witcher is Finally Coming to Netflix... But Not Quite Yet!

We are all waiting in anticipation as to what the new Netflix Series The Witcher is going to be like with its leading man Henry Cavill playing his part as the white haired lovable character Geralt. So, to celebrate the release of the new Netflix Teaser Trailer that has just aired I am going to revisit The Witcher Games and talk about what I'd like to see on the show! According to The Radio Times, the filming is now wrapped up and an Early Autumn 2019 Premier should be expected.

It should be noted that The Witcher on Netflix will be based on The Witcher Book Series by Andrzej Sapkowski, in particular the prequel book of short stories titled The Last Wish.

However, I'm all about the Gaming side of things here so seeing as we're delving into fantasy I'll be sticking mainly to The Witcher Games and what I hope to see in the Netflix series, but before I do just check this out... 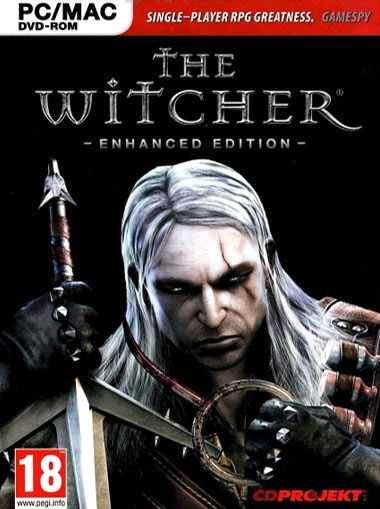 Released back in 2007 the first of the RPG Console games was simply called The Witcher. It played very differently to the other two games that followed. The Witcher was more of a top-down point and click game, and with a magical story it was something that felt very fresh. With The Witcher you get to choose an alliance and this will dictate to some extent how the story unfolds.

Now one thing we seem to be able to see with The Witcher Netflix Series is that it looks to heavily focus on a lot of the war surrounding the Scoia'tael, which is one of the alliances you can choose to side with in the game. The Flaming Rose is another, and it would be a nice touch to see both in action in the series.

So in this game, the main job of Geralt to begin with is to cure King Foltest's daughter, Princess Adda of a curse that can transform her into a monster.

This story follows the books that the gaming series is based on and it is nice to see this, transferred from pages to screen. It makes you wonder if these quests will feature somehow in the Netflix Show.

Wouldn’t it be cool to say “oh yeah I remember doing/ reading that!”?

The games focus on Foltest (in The Witcher and The Witcher 2) quite heavily, and it would be nice to see his character play a big part in the show also. The two love interests of Geralt's, Yennefer and Triss, do not appear as much or are referred to as much in The Witcher as with 'Assassins of Kings' and 'Wild Hunt'.

The Witcher 2: Assassins of Kings

Released 4 years later in 2011 was The Witcher 2: Assassins of Kings. Fans were left excited as they saw a massive graphical hurl with some PCs struggling to play it on the highest graphics at that time (mine sadly being one of them!)

However, the game looked a lot prettier than the first, with it being third person instead of top-down. I did happen to find the combat very difficult in this game, and alas, i never completed it – booo! I have since started playing it through on the Easy difficulty setting just to enjoy the story so I can get it done as I have completed the first and third game with no problems.

So yes, aside from the massive step up in difficulty, The Witcher 2 is where the game seems to get more serious. It begins with Geralt being falsely accused of lopping off King Foltest's head. Geralt is then imprisoned and helped to escape by Vernon Roche. 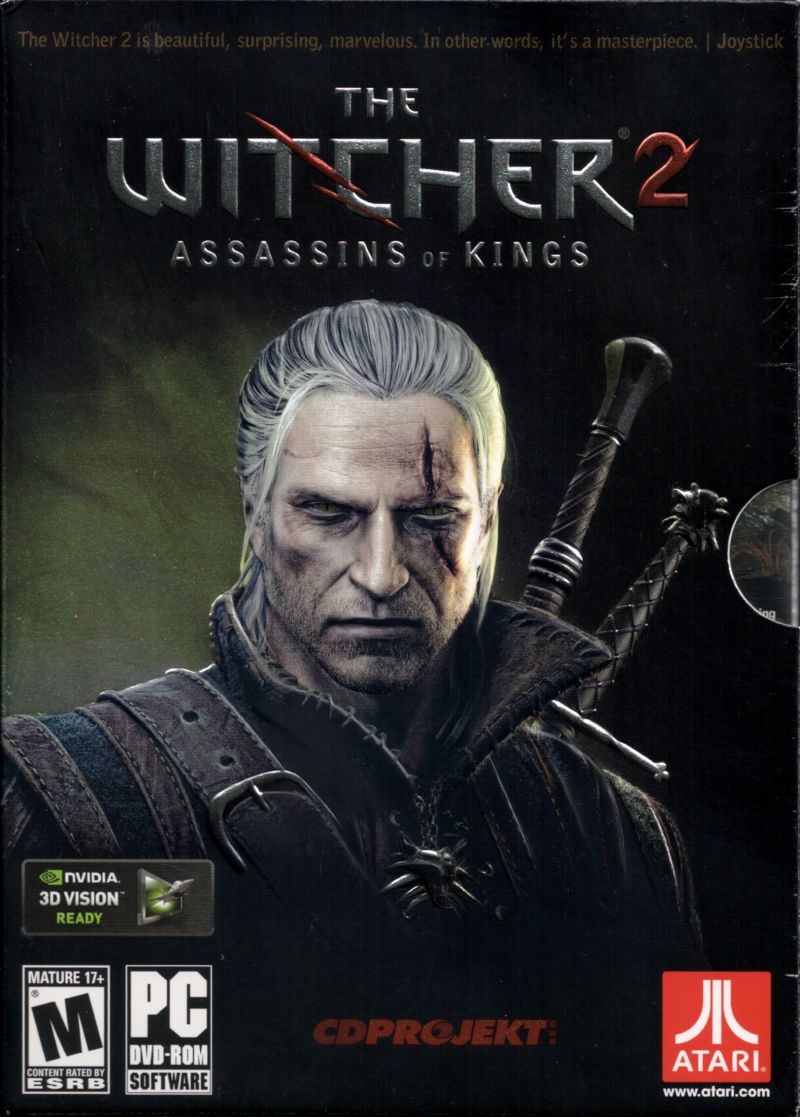 You spend many a-game trying to find the person held responsible and finally you are rewarded with revenge for Geralt. You see, Geralt was the one supposed to be guarding the King and didn't like the idea of people thinking he did this! Yennefer and especially Triss feature heavily in Assassins of Kings and you can choose which one of these beauties you wish to be with, if any.

It will be interesting to see who Geralt chooses as his love interest in The Witcher Netflix Series. For me, it was always Triss. I personally hope the series doesn't focus too much on the lovey-dovey side of things though, I want to see plenty of action and preferably Henry Cavill in the bath tub! 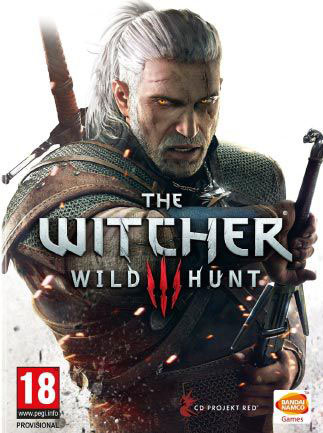 The most successful game in the series and probably Geralt's last is the third entry.

In The Witcher 3: Wild Hunt Ciri is introduced who is a young girl Witcher, trained by Geralt himself. It would be lovely to see Ciri in the show. "This child will be extraordinary" a man (possibly Vesimir) says to Geralt in the Netflix Teaser Trailer. Is this child Ciri?

The plot of The Witcher 3 is that the wicked Wild Hunt are trying to track Ciri down and it is Geralt's job to protect her! The Hunt are quite scary ghostly creatures, but don't take too much of a beating in the game!

The graphics in Wild Hunt are stunning and I have included a picture of that famous bath scene…. Well, just because! 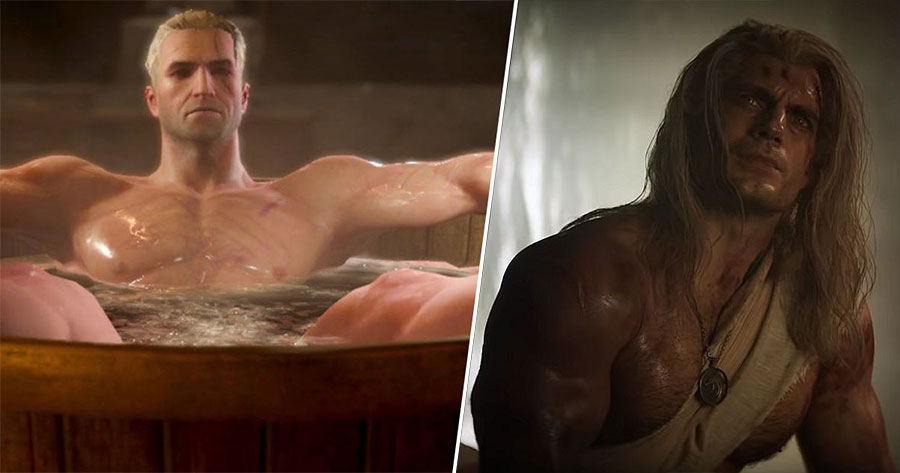 I feel as though the third instalment pulled on the heart strings more so than the previous two games and I also hope that the Netflix series introduces the other Witches who are at Kaer Morhen too, which I am sure they will! Vesimir is one of my favourite characters in The Witcher 3 and I am sure he will play some part in the new series.

So to wrap this up then, what do I expect? To be honest, I expect it to be full of nudity and sex if the games are anything to go by, probably on the same level of GoT! I do think the Netflix Series could be as successful as GoT if done right.

I expect that it will also encourage more people to start playing The Witcher Games series (available on PC, PS4, Xbox and the Nintendo Switch) and maybe even read The Witcher Books, too.

I am hoping for lots of action, and the trailer certainly seems to suggest that this will be guaranteed... and that monster at the end!?... Eeee! Exciting stuff to see! 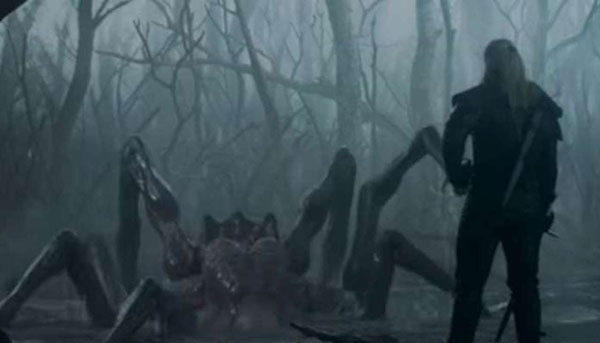 Some people are not actually aware that the Witcher Series itself is based on The Witcher Books. So the series appears to be set when Geralt was younger and focuses more on those days rather than the days of Geralt's adventures in The Witcher Games Series (hence, only one sword!)

It's amazing how many people I have had to explain that to, as some people think The Witcher just consists of The Witcher 3 Console Game . I think that Netflix have a good leading man in Cavill which will sex it up a bit for the lusty viewers. GoT fans and the like will also hopefully love it for its story, action and gore.

Time will tell, but I think we have a gem on our hands here with this series and I hope you get to play The Witcher Games and even read the books.

Let me know in the comments guys, if you had read the books and/ or played the games... and what your thoughts are on any of this..?