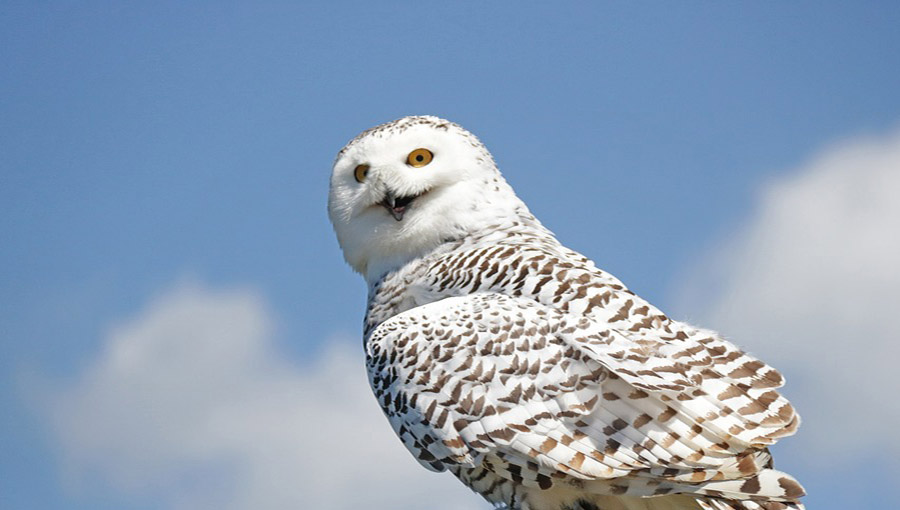 This week at Retro Styler we’re celebrating the often unsung hero of the Harry Potter story, one of Harry’s closest friends, a most loyal companion and one of his very first links to the magical world – his snowy owl, Hedwig!

We'd like to take an in-depth look at the owl that was so much more than a mere pet who delivered Harry's post. Hedwig and Harry Potter shared so much of their lives together and at times she was the closest thing that Harry had to a family, particularly during their time spent in Number 4, Privet Drive.

The Leaky Cauldron was built in the 1500’s and acts as a very important gateway which allows Witches and Wizards to pass between the non-magical world and the cobbled Street known as Diagon Alley, a wizarding shopping street with a plethora of amazing shops with more magical products than you could possibly comprehend.

It also leads to Knockturn Alley but as Hagrid once warned, “dodgy place, Harry – don’ want no one ter see yeh down there”. Diagon Alley was where Hagrid brought Harry to buy his supplies for Hogwarts and also where he bought Harry his first proper birthday present, a large snowy owl who he named Hedwig, a name he had seen in ‘A History of Magic’. J.K. 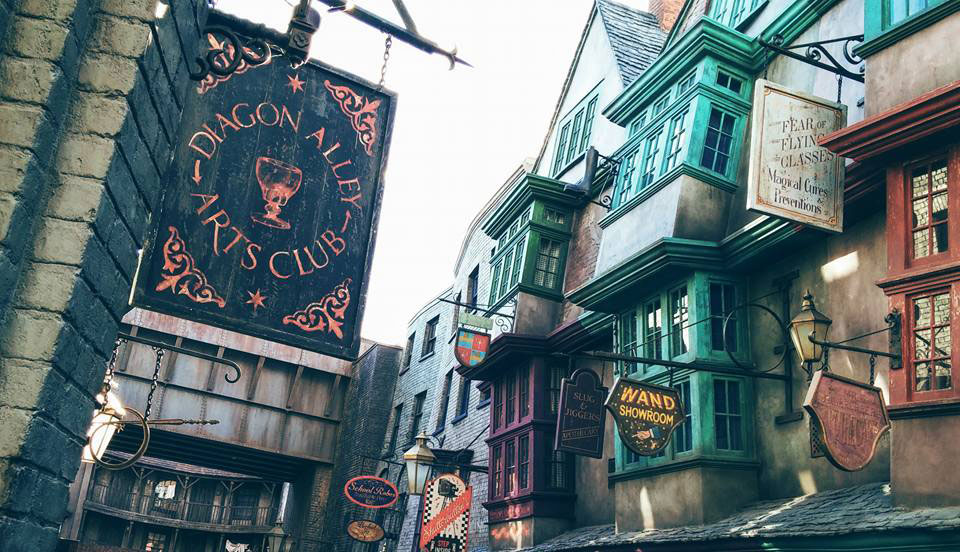 Rowling has a knack for referencing history, literature and legend, which inspired many of the names she uses in her books. Hedwig is in fact the Saint of Orphans, which is more than a little apt for the Boy Who Lived!

Hedwig also means “refuge in battle” and Harry Potter certainly sought refuge in the friendship that he shared with his owl.

Before attending his first year at Hogwarts, Harry avoided the Dursleys and stayed in his room with Hedwig, his only friend at Number 4 Privet Drive.

Hedwig is a female owl, however the owls that used to portray Hedwig in the Harry Potter films were all male as they tend to be smaller and easier to manage for handlers (they are also whiter than females).

In Harry Potter and the Prisoner of Azkaban movie, Tom the Barman at the Leaky Cauldron refers to Hedwig as ‘he’ - I guess nobody picked up on that before it was released!

Hedwig was One Smart Owl

More than smart in fact, Hedwig was far more intelligent than your average owl and had a distinct personality to go along with her brains. She often looked at Harry reproachfully, or nip his finger harder than usual to show her displeasure.

During the holidays from Hogwarts Hedwig was Harry’s only reminder that his magical life was real, and not just an alternative reality he dreamed up in order to survive at Number 4. Uncle Vernon usually made sure that Hedwig was kept in her cage, so Harry could not send post to his Hogwarts friends.

Without Ron and Hermione, Hedwig was Harry’s only friend during these long periods, and as he grew frustrated with his almost prison-like existence, so too did Hedwig. Even during the school term Harry would often visit her in the Hogwarts Owlery to seek refuge when he felt overwhelmed.

Despite her intelligence, Hedwig could not speak to Harry, but he understood her hoots and she was a great source of comfort for the young wizard. 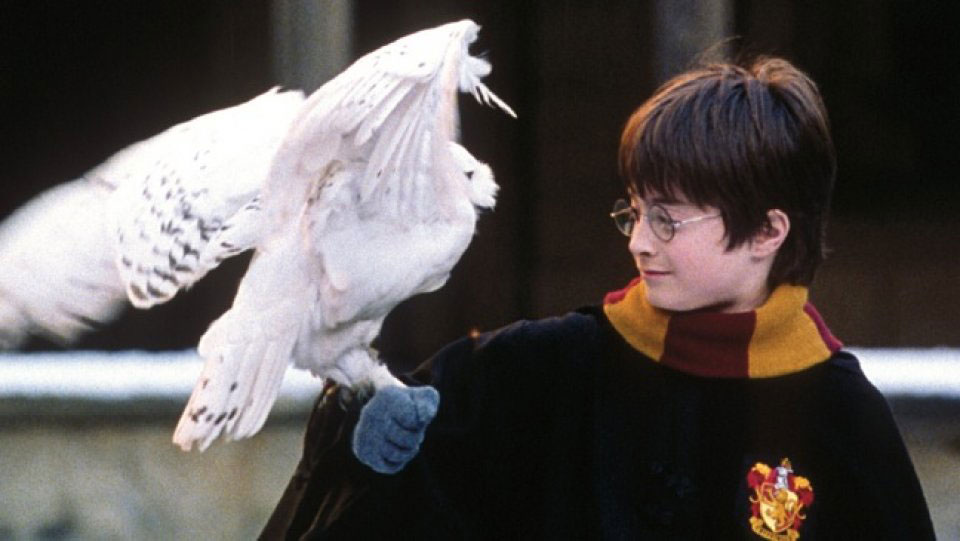 Sometimes it was deemed too risky to use Hedwig to send post to Sirius, snowy owls are not native to Britain and she would stand out if someone wanted to intercept Harry’s post.

Hedwig was not shy about showing her displeasure when Harry had to select a school owl to send his letters to his godfather. When he did use her to deliver letters to Sirius, the smart owl was not only able to find the wizard who was on the run from the Dementors of Azkaban, but also understood that the code name ‘Snuffles’ meant that the letter was for Sirius, the Animagus who took the form of a large black dog. 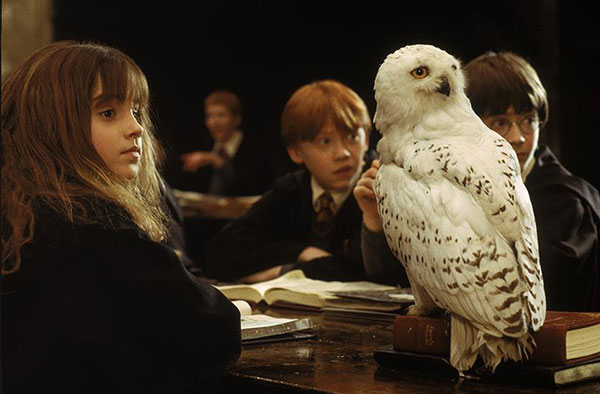 When Harry himself was on the move, Hedwig was always able to find him. She instinctively knew that Harry was not in the last place she saw him and would just show up wherever he was.

When Hermione Granger turned thirteen, Harry used Hedwig to send her a birthday present while she was on holiday with her parents in France.

During her trip, Harry stormed out of Privet Drive and travelled to The Leaky Cauldron - Hedwig didn’t return to Number 4 but arrived at the pub five minutes after Harry.

Hedwig also seemed to look down on other owls who she deemed inferior.

The small, hyperactive owl was everything that Hedwig was not and Hedwig was determined to prove it, Harry was sending post and “The letter finished, he tied it to Hedwig’s leg; she kept unusually still, as though determined to show him how a real post owl should behave”.

Hedwig’s Demise – A Flight of Plight

Anyone who has read the books or watched the films will know that poor Hedwig was killed by a Death Eater during the Battle of the Seven Potters. When Harry was taken in, extremely reluctantly, by the Dursleys he was protected by powerful magic until he came of age when he turned 17.

The Order of the Phoenix moved Harry from Privet Drive as he would no longer be protected there, but of course Lord Voldemort had learned of the protection charm and planned to ambush him. To throw the Death Eaters off, the Order used Polyjuice Potion to turn themselves into exact replicas of Harry, flying together in an effort to divide Lord Voldemort’s followers should they appear.

Hagrid could not take the Potion, as he is part-giant, and Harry rode with him on the same magic motorcycle that had brought him to Privet Drive in the first place, the motorcycle that belonged to his godfather, Sirius Black.

In both the book and the film adaptation, Hedwig was tragically struck by a Killing Curse that was no doubt aimed at Hagrid or Harry.

In the book, Harry has Hedwig in her cage, “The Owl screeched and fell to the floor of the cage”.

Harry called out her name “But the owl lay motionless and pathetic as a toy on the floor of her cage". Meanwhile the film dramatises the scene a little by having the loyal owl die whilst flying under her own power and protecting Harry from the spell.

I generally prefer the story as told by the book, however as I said earlier, Hedwig is the Patron Saint of Orphans, so it is very fitting that she was given to Harry as he began his life in the Wizarding world and dies as Harry comes of age, leaving his childhood behind.

Harry was absolutely devastated by the passing of his loyal companion and her death affected his close friends as well, with Hagrid attempting to comfort Harry by proclaiming that Hedwig had lived “a good old life’.

Hedwig’s passing truly signifies Harry’s transition to adulthood, he has lost his parents, his godfather and now his precious friend, he has left so many of his ties to childhood and the adventure he is about to embark on has little room for childishness.

What Can You Win, Thanks to Hedwig? 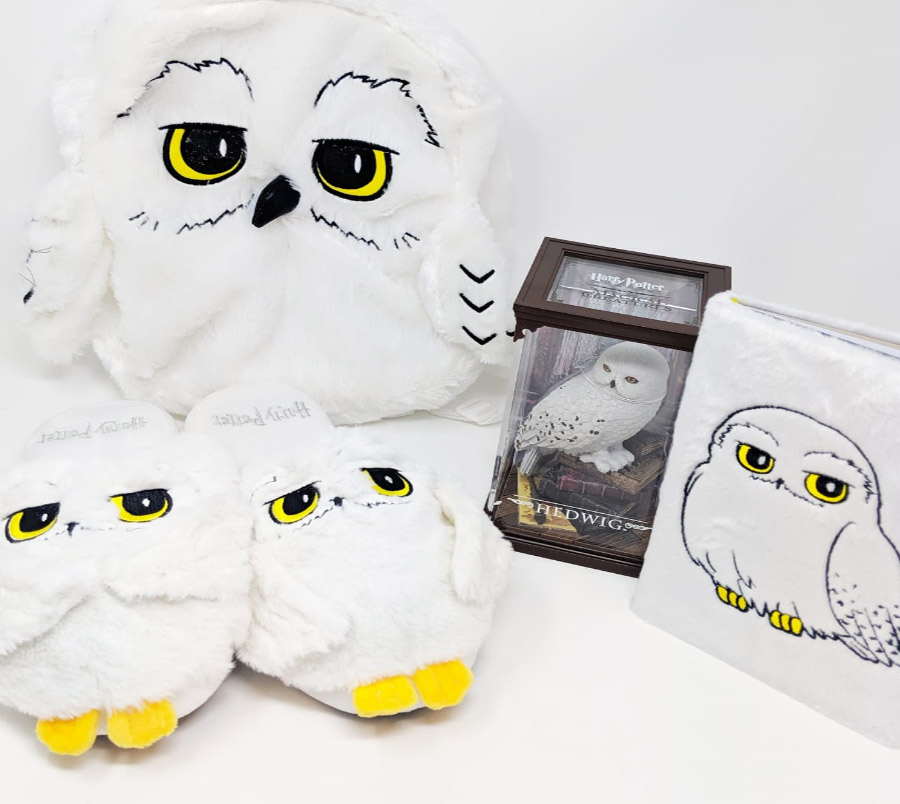 This week we have some unbelievably good Hedwig merch up for grabs – worth a whomping £70! Whether you’re attending Hogwarts or keeping cosy at home, we’ve got everything you need to celebrate the amazing Hedwig with this range of fantastic prizes!

Kick back on the couch with your favourite Harry Potter movie and a Firewhiskey whilst wearing our Hedwig Slippers, with your very own loyal Hedwig Magical Creature Figurine to keep you company!

"That's pretty awesome!" you say!?, but we're not done yet! Hedwig played a huge part in Harry's life at Hogwarts, so you'll need her wise counsel at school as well!

Check out this Plush Hedwig Backpack which is ideal for carrying your quill, ink and spare parchment, but most importantly you can keep your brand new Hedwig Plush Notebook in it!

Subscribe to The Retro Styler Blog & Give Email Permissions. We don't use Owl Post (we wish!) but we love to use Muggle methods to keep you up to date with everything Harry Potter related happening here at Retro Styler!

If you had your own Owl, what would you name him/ her & why? Let us know in the BLOG COMMENTS Below! The more detail, the better!! Don't forget to follow us on Instagram for extra Hogwarts House points !

We'll be announcing the winner right here in the blog comments below, on Monday 12th August, but before you go, check out this short video of Hedwig, everyone's favourite owl - the amazing hero and friend to The Boy Who Lived, The Chosen One, Undesirable No. 1, Master of Death - Harry Potter!