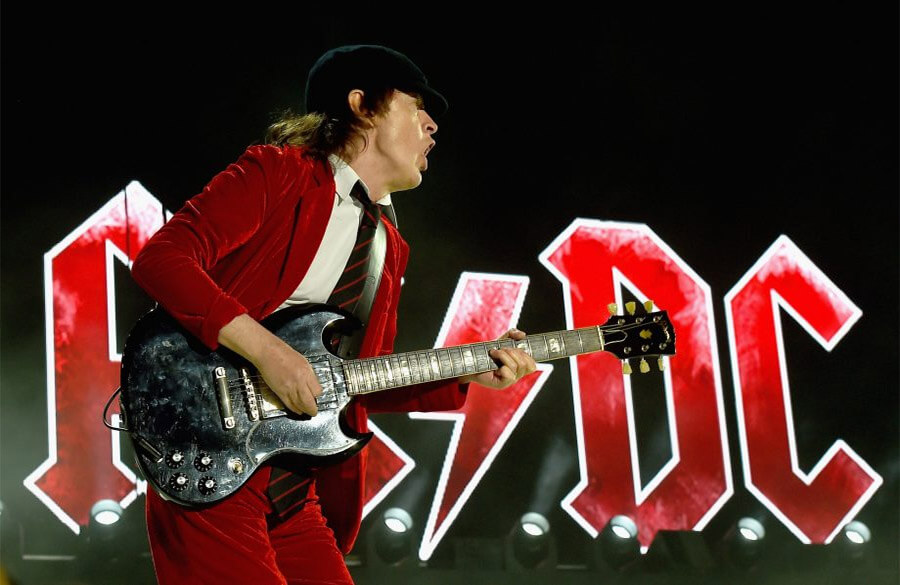 AC/DC were formed in 1973 in Australia by guitarist Malcolm Young after his previous band, the Velvet Underground, collapsed (Young's band has no relation to the seminal American group). With his younger brother Angus who was only 18 serving as lead guitarist. Angus’ sister suggested that he should wear his school uniform on-stage and it was a look that was to become the band's trademark.

The band became successful in Australia, the U.S.A. and the U.K. but what really gained them stardom was the 1979's Highway to Hell, which hit number 17 in the U.S. and number eight in the U.K., becoming the group's first million-seller. Bon Scott who was the band’s chauffeur turned lead singer, died in February 1980, the official coroner’s report said that he had ‘drunk himself to death’. It doesn’t get more rock than that. He was replaced in March by Brian Johnson and in April the band recorded Back in Black which would sell over 10 million copies in the U.S alone and become their biggest ever album.

With the release of Flick of the Switch, AC/DC's commercial standing began to waiver, and it wasn’t until 1990's The Razor's Edge, which spawned the hit "Thunderstruck" that they regained some of their popularity properly. While not the commercial powerhouse they were during the late '70s and early '80s, the '90s saw AC/DC maintain their status as a top international concert draw.

Malcolm Young was suffering from dementia in 2014 and it was announced that he had left the band. This paved the way for his nephew Stevie Young to take his place at the recording sessions and the accompanying 40th anniversary tour. He subsequently joined the group full-time. Drummer Phil Rudd was arrested under charges of attempting to procure a murder, threatening to kill, and possession of cannabis and methamphetamine just before the December release of Rock or Bust. Although the arranged murder charges were dropped, the other charges remained and the drummer's future with the band was uncertain. Nevertheless, AC/DC marched forward with the release of Rock or Bust and plans for a tour in 2015. Two years later, Malcolm Young died in November 2017 at the age of 64.

Rock out with our AC/DC Prize!

This week we've got some amazing AC/DC merch up for grabs, worth over £60! Welcome your guests and let them know exactly what sort of household they're about to set foot in with our awesome 'For Those About to Knock' Doormat! Keep your AC/DC merch game on point when you hit the streets with our retro AC/DC Logo Baseball Cap, AC/DC Keyring and this fantastic Wallet on a Chain. 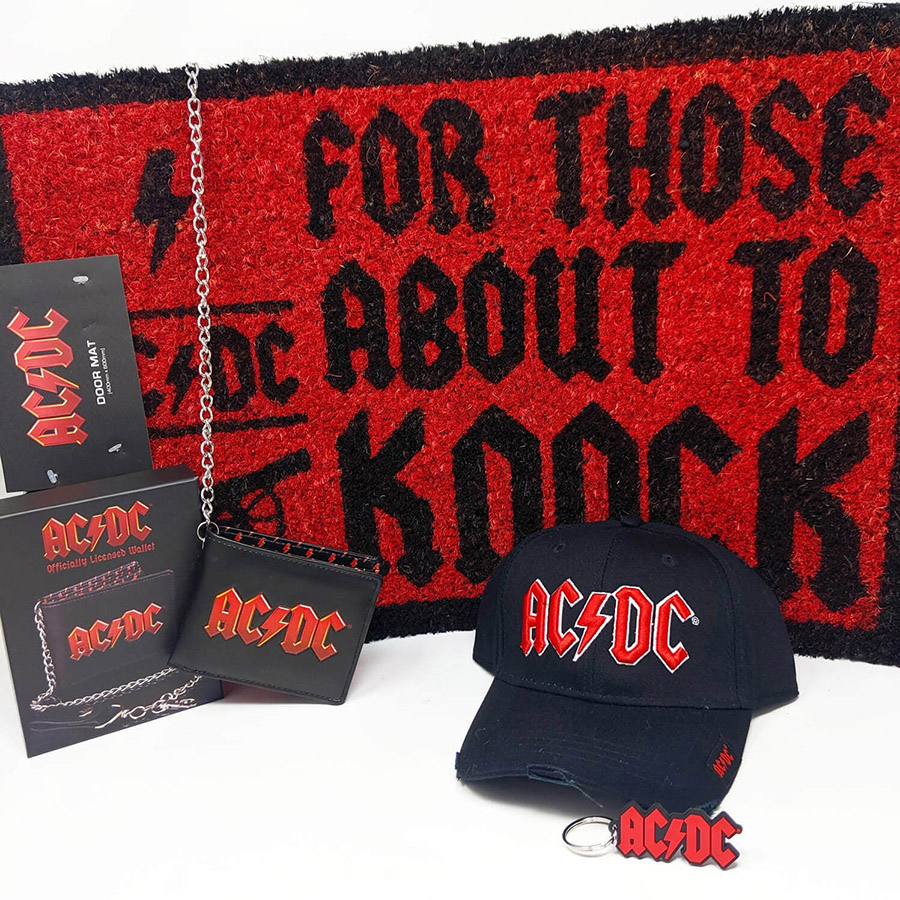 How Do I Win This Awesome Prize?

Subscribe to The Retro Styler Blog & Give Email Permissions. We want to let you know about any new AC/DC merch that arrives at Retro Styler! Choose what rockin' products you want to hear about by selecting your favourites from the 'Brands' fields!

What is your favourite AC/DC track and why? Let us know in the Blog Comments  below with as much rock detail as possible! Also don't forget to follow us on Instagram and help your chances of winning this awesome merch!

Before you head off, here's a quick video of Angus' best solos for you to check out!