10 Things You Didn’t Know About ‘The Simpsons’ 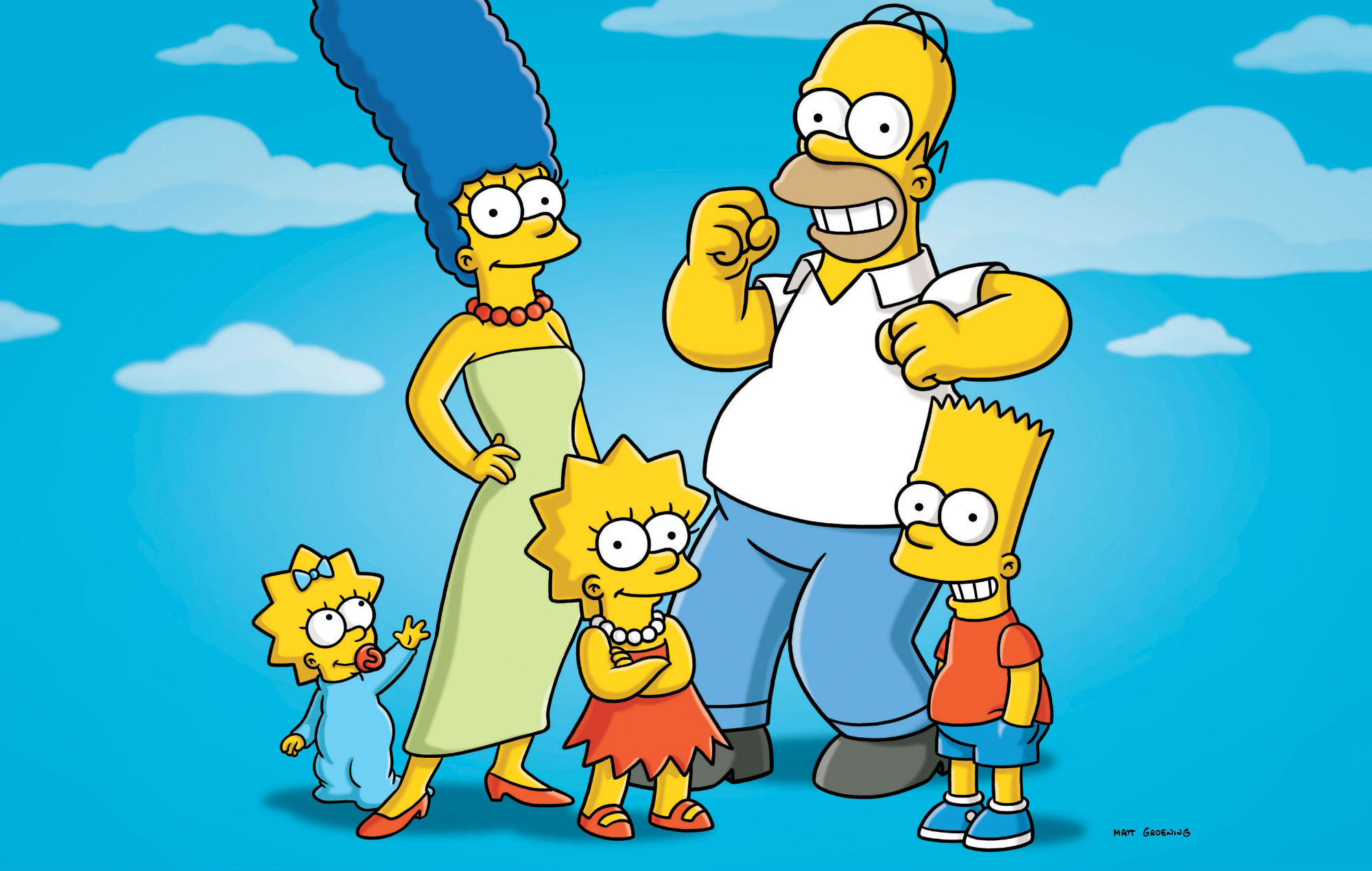 There is little doubt that The Simpsons is one of the most famous cartoon sit-coms that has ever existed.

The first episode was released on 17th December back in 1989, The Simpsons has spanned over 31 Seasons and continues to delight audiences with its irreverent humour to this day.

The plot follows working-class Homer Simpson and his family as they deal with the ups-and-downs of life in Springfield, with plenty of laughs along the way.

Way ahead of its time, The Simpsons’ humour and structure paved the way for many other animated series we know and love today such as Family Guy and Rick and Morty.

1. How much is Maggie worth?

In the opening titles of The Simpsons, you see the cashier scan Maggie with the rest of Marge’s food shopping, with the dummy-loving baby racking up $847.63.

Although this may seem a completely random figure, this was cleverly worked into the scene as it was the estimated cost of raising a baby each month back in 1989!

The eagle-eyed viewers amongst us will notice that by the 20th season, which first aired in 2009, the price of Maggie changes. Marge’s groceries total $243.26 and once Maggie has been scanned that doubles. 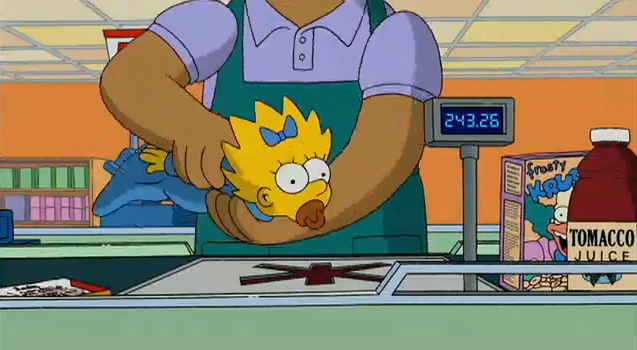 Almost every viewer of The Simpsons know that Bart enjoys an odd prank call to Moe’s Tavern (if you didn’t know that, I’m afraid you’re not a true fan…), but not many would have noticed the significance of the number in which Bart dials each time.

Bart taps in 764-84377, which is notably one digit longer than any American number needs to be, and this number spells out “SMITHERS”, one of Bart’s main targets when it comes to dishing out the abuse.

3. What's with all the yellow?

There is nothing quite as iconic as The Simpsons’ bold and bright skin colour, but have you ever asked yourself why?

Why are they all bright yellow? In an interview with the BBC, creator Matt Groening said, “an animator came up with the Simpsons’ yellow colouring and as soon as I saw it I said: ‘This is the answer!’ because when you’re flicking through the channels with your remote control, and a flash of yellow goes by, you’ll know you’re watching The Simpsons”.

How right you were unnamed animator and Mr Groening! 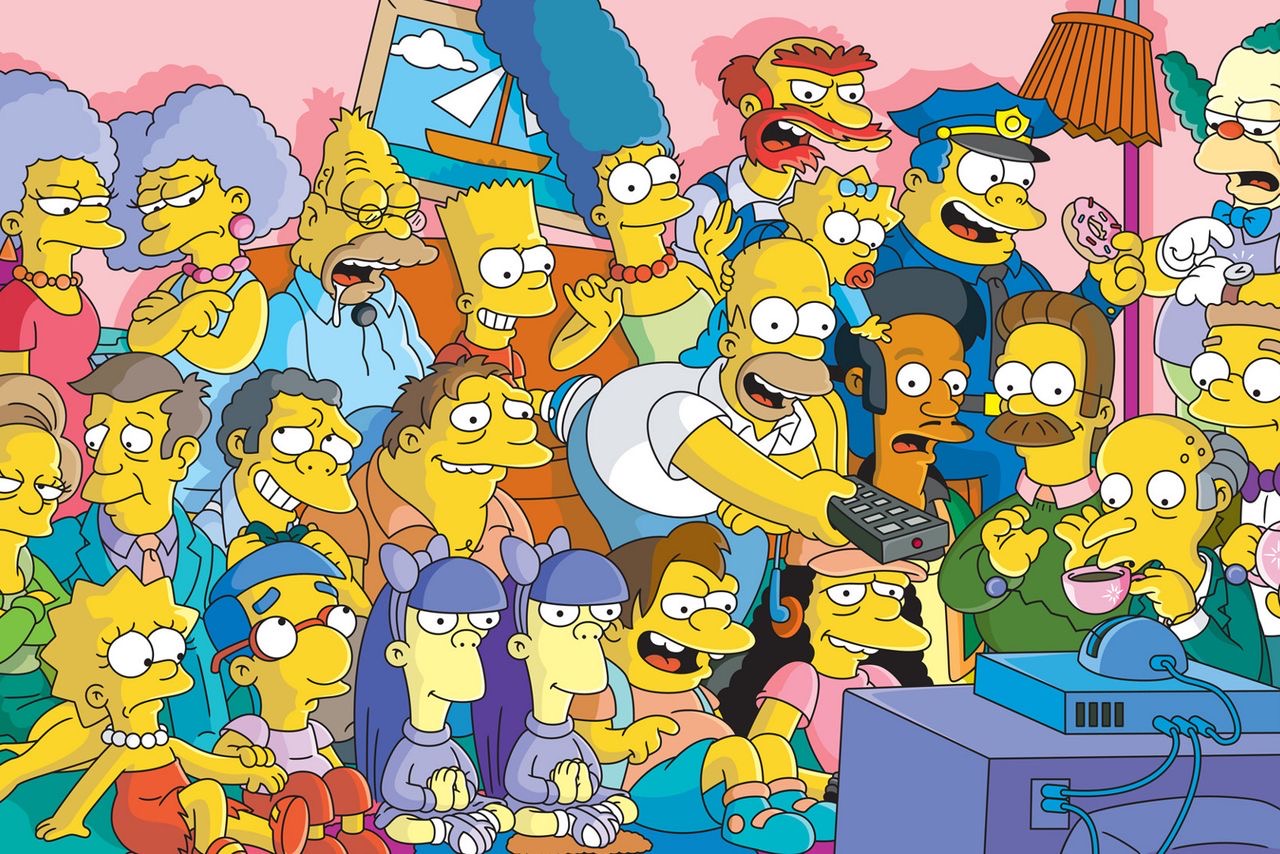 Homer’s iconic catchphrase from the insanely popular series was actually added to the Oxford English Dictionary back in 2001.

The official definition is described as: “Expressing frustration at the realisation that things have turned out badly or not as planned, or that one has just said something foolish.

Also implying that another person has said or done something foolish”.

So next time the above situation is applicable to you, feel free to “DOH!” as much as you want! 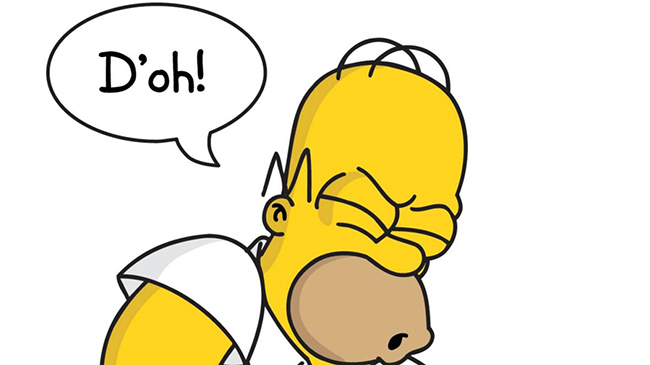 Perhaps one of the most memorable parts of each episode of the series (alongside the theme tune of course), is the couch scene gag.

For example, if there was plenty of time to use once the creators and animators had completed the production of the episode, they would simply use an extended couch scene in order to fulfil the required length of each addition to the series. 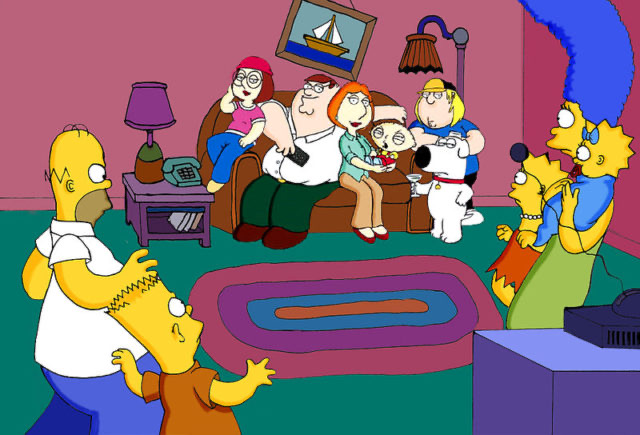 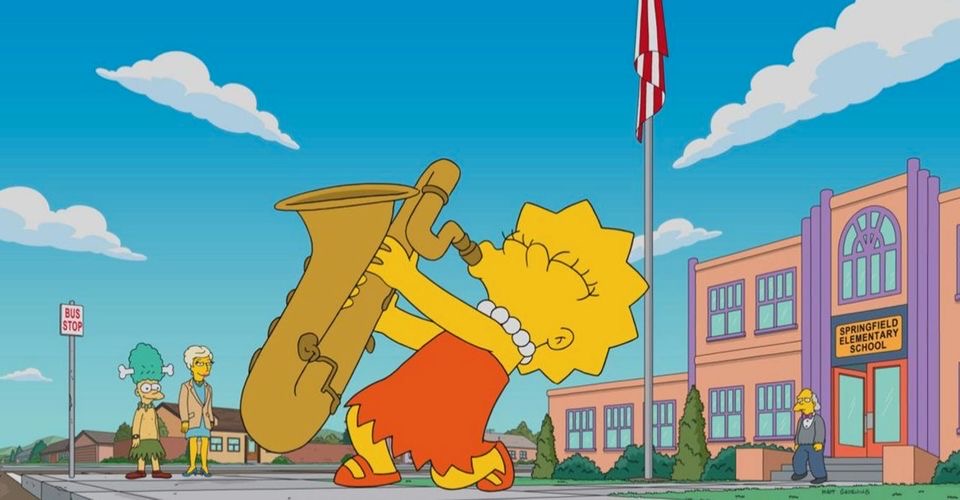 Yes, that title was supposed to get you to hum the theme tune of the much-loved franchise… Although arguably one of the most catchy and well-known theme tunes to have ever graced our screens, this particular theme song only took Danny Elfman two days to write and compose the whole thing – yep, pretty spectacular really!

Check out our officially licensed Simpsons merch here! Go on... You know you want to!

Did you know that Springfield’s resident hillbillies, Cletus and Brandine, have 44 children between them?

You would think that many children would mean making any decisions surrounding the kiddies names pretty tough, not for this pair!

What are some of their kids names then I hear you ask? Crystal Meth, Mary WrestleMania, Incest, Normal-Head Joe and Dubya – oh you know, just the usual. 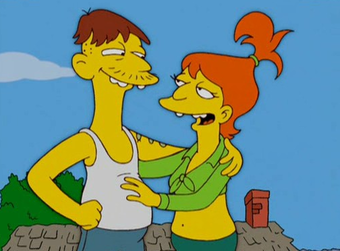 Ahead of the release of the equally popular Simpsons movie, the well-known American convenience store, 7-Eleven, transformed some of their outlets into Kwik-E-Marts, which were adorned with all sorts of highly sort after Simpsons merchandise, including Buzz Cola, Krusty-O cereal and Squishees.

This clever marketing ploy only heightened the expectation around the film, which captured and delighted a wide range of audiences, just like the amazing TV series. 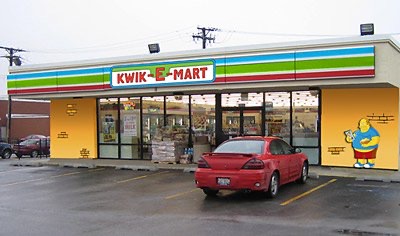 This particular episode focuses on a comic style cartoon which is drawn by Bart.

Considering The Simpsons is renowned as one of the most famous cartoons, loved by millions all over the world, you’d suspect at least one of the animators on the team could nail the child-like scribble to use as this drawing?

Just goes to show, we can’t all be good at everything right?! 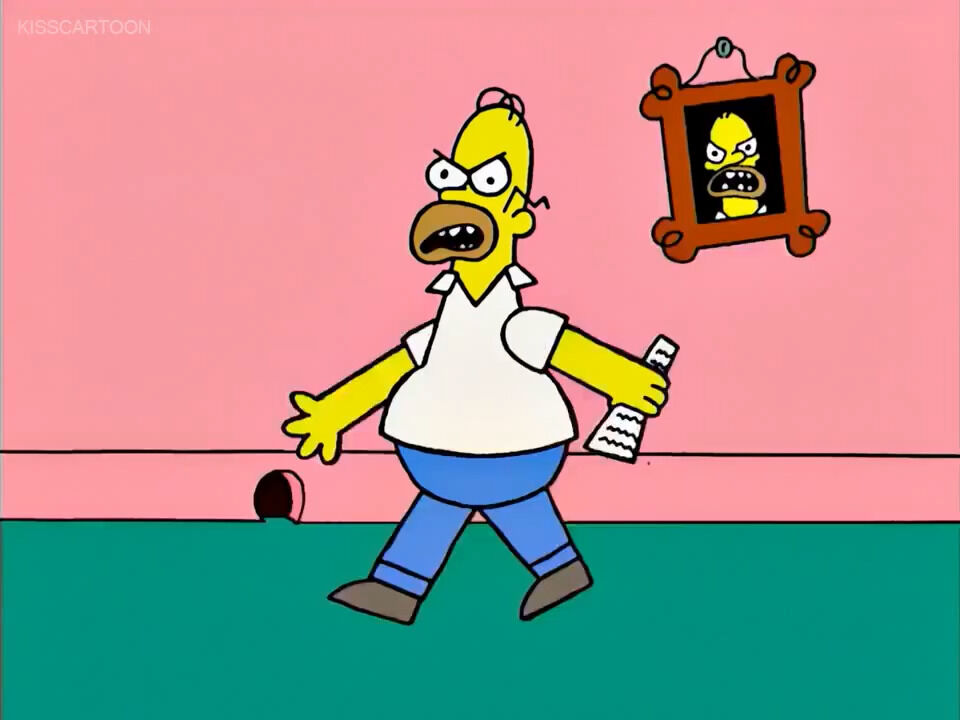 It’s fair to say we all feel as though we’ve grown up with The Simpsons clan and know almost everything about their personalities and have witnessed a few milestones in each of their storylines. 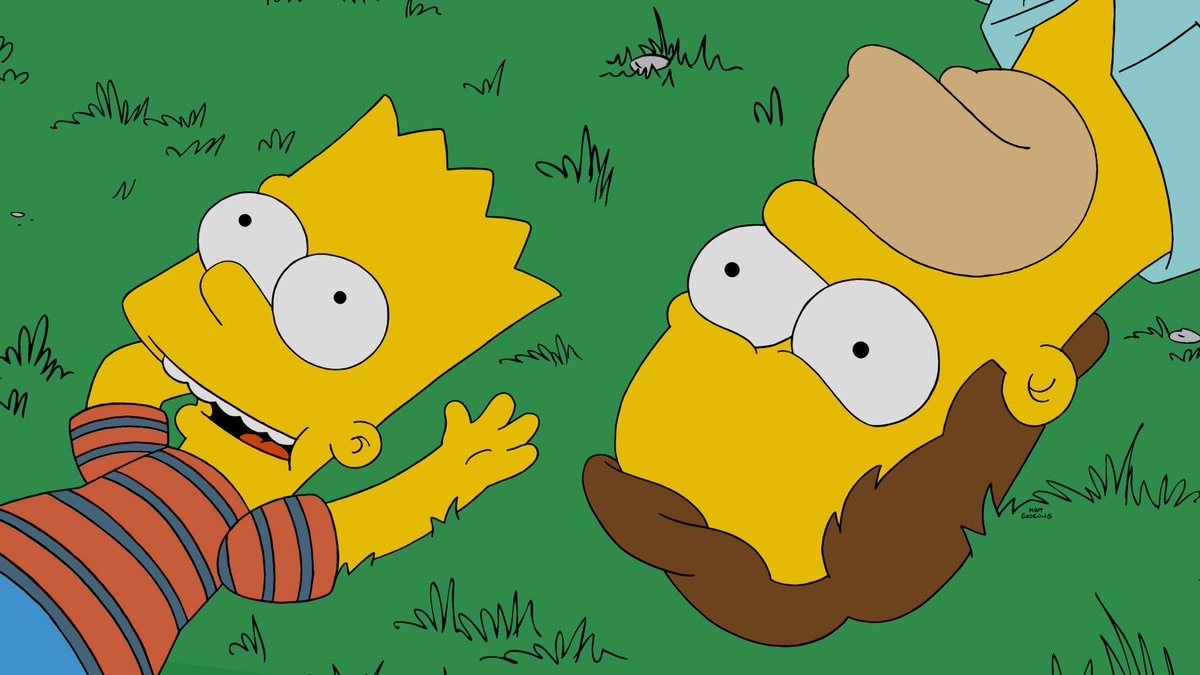 Do you have any niche facts you know about The Simpsons franchise that you’re desperate to share? Drop us a comment below to get sharing!