Who is Doctor Who?

Doctor Who is the long running TV Show which began in 1963 and was revived in 2005, the show has a huge fan base and is still as popular as ever! “The Doctor” is a time traveller who is from a race known as Time Lords. These guys use a machine called the TARDIS to travel through space and time. Despite its appearance of a small and simple London Police Box, the TARDIS has infinite space inside, but you know all this right!?

It’s hard to say exactly how many Doctor Who actors there have been, due to the many spin-offs of the show, for the most part though it’s agreed that there have been thirteen official Doctors. The Doctor Who TARDIS has become a significant and widely recognised image and is now firmly planted in British culture – and here at Retro Styler we have lots of awesome Doctor Who Gifts to keep you Whovians happy!

Take A Retro Dive Into Satisfaction!

Okay, so I struggled to make the TARDIS acronym into an applicable heading - but 'A' for effort, right? On to the important stuff, we've got some pretty fantastic Doctor Who products at Retro Styler HQ and we'd love to give you guys a chance to win over £60 of merch for free!

Kick back in our Doctor Who Adult TARDIS Mule Slippers to watch your favourite Doctor Who episodes, a nice cuppa in hand and some biscuits straight from our incredible TARDIS Cookie Jar! It's not just at home that our Doctor Who merch is perfect for, oh no! Let fellow fans know how much you love the show by hitting the streets with our Doctor Who Exploding TARDIS Tote Bag, if you run into trouble on your Time Travelling adventure there's no need to worry, our Doctor Who Sonic Screwdriver Keychain Torch will get you out of most sticky situations! 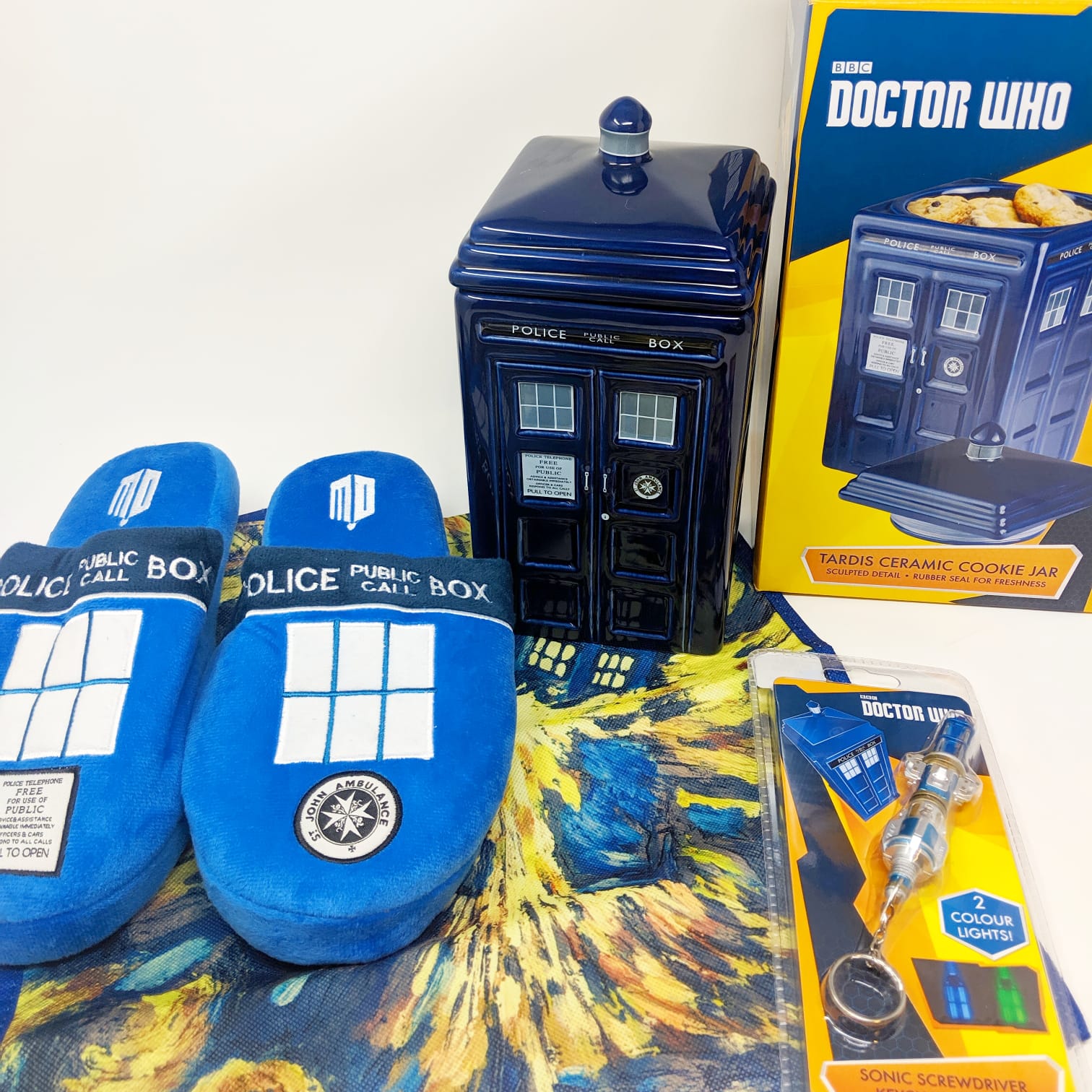 Unlike the Doctor, you'll only get one opportunity to enter this fantastic Doctor Who Giveaway - unless you have a secret TARDIS of your own! Check out the instructions below and remember, this competition is Time sensitive!

But how do I enter your amazing Doctor Who Competition? Well...

Subscribe to The Retro Styler Blog & Give Email Permissions. No doubt we'll have some more Doctor Who products arriving in the future, or from it, and you'll want to keep up to date!

Who is your favourite Doctor and why? Let us know in the BLOG COMMENTS below! Don't forget to make Time to follow us on Instagram to really get in our good books!

We'll announce the winner of this unbelievable Doctor Who Gift Give-Away right here on Monday and don't worry, we won't Doctor the results!

For now though let's indulge in some classic Doctor Who!

Watch Some Classic Doctor Who!