The World of Harry Potter

The Harry Potter books took the world by storm, selling over 500 million copies worldwide by 2018 with the Harry Potter franchise worth an estimated 25 billion dollars in 2016 – you would have to be living under a Whomping Willow to not have heard of this enchanting story!

Fans were infatuated with Harry Potter and his Hogwarts pals, I still remember queuing outside our local book store for midnight releases, receiving strange looks from passers by who were somehow unaware of why people of all ages (some in pointed hats and gowns) were standing outside a shop that should surely be closed at the Witching Hour!

Kathryn Burnett is a Muggle born from the UK who you might just know as the Harry Potter fan who created her very own  Harry Potter themed Christmas tree in 2016.

The magical tree went viral on social media and was shared around the globe, in both the Wizarding and Muggle world! 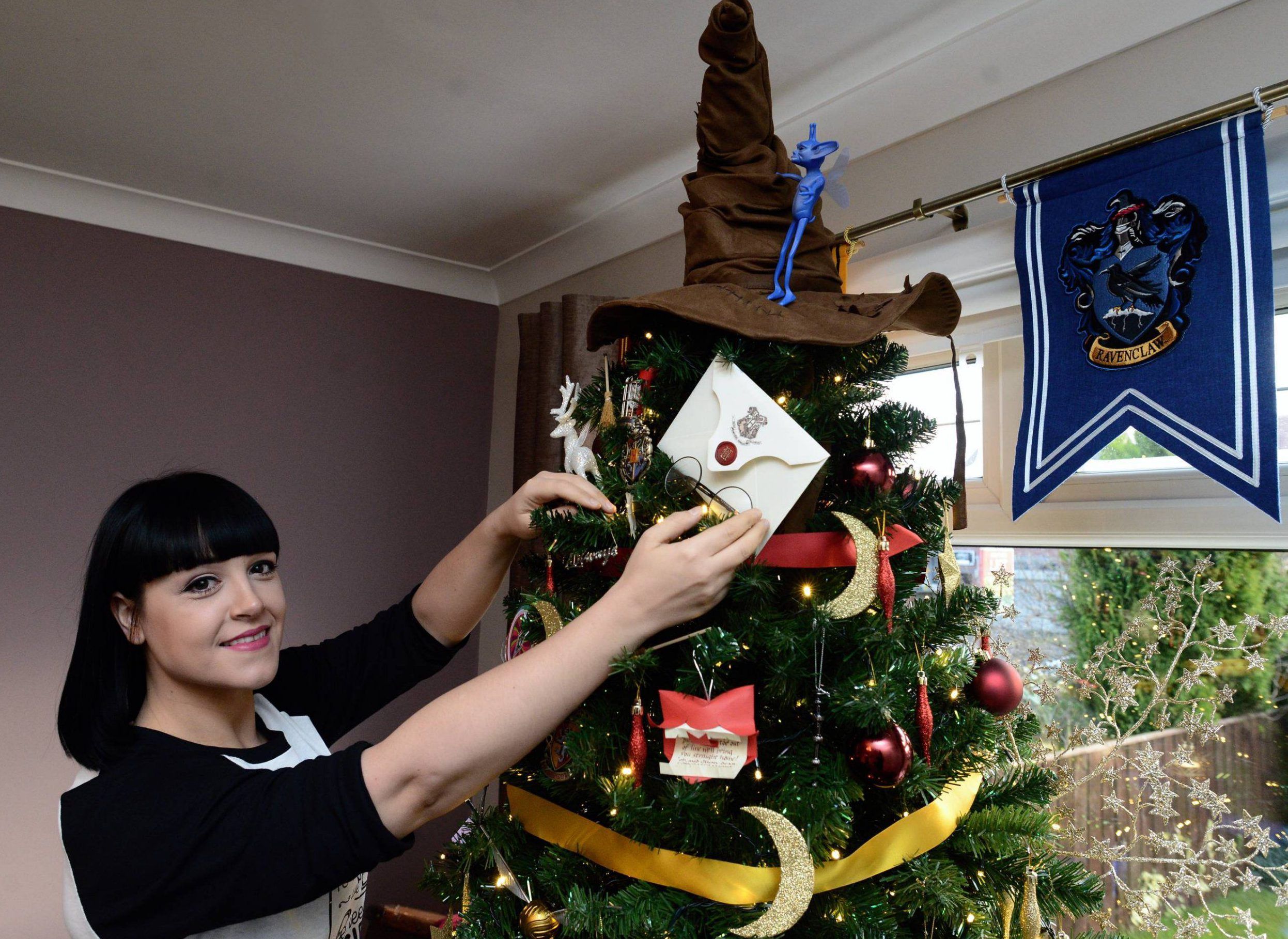 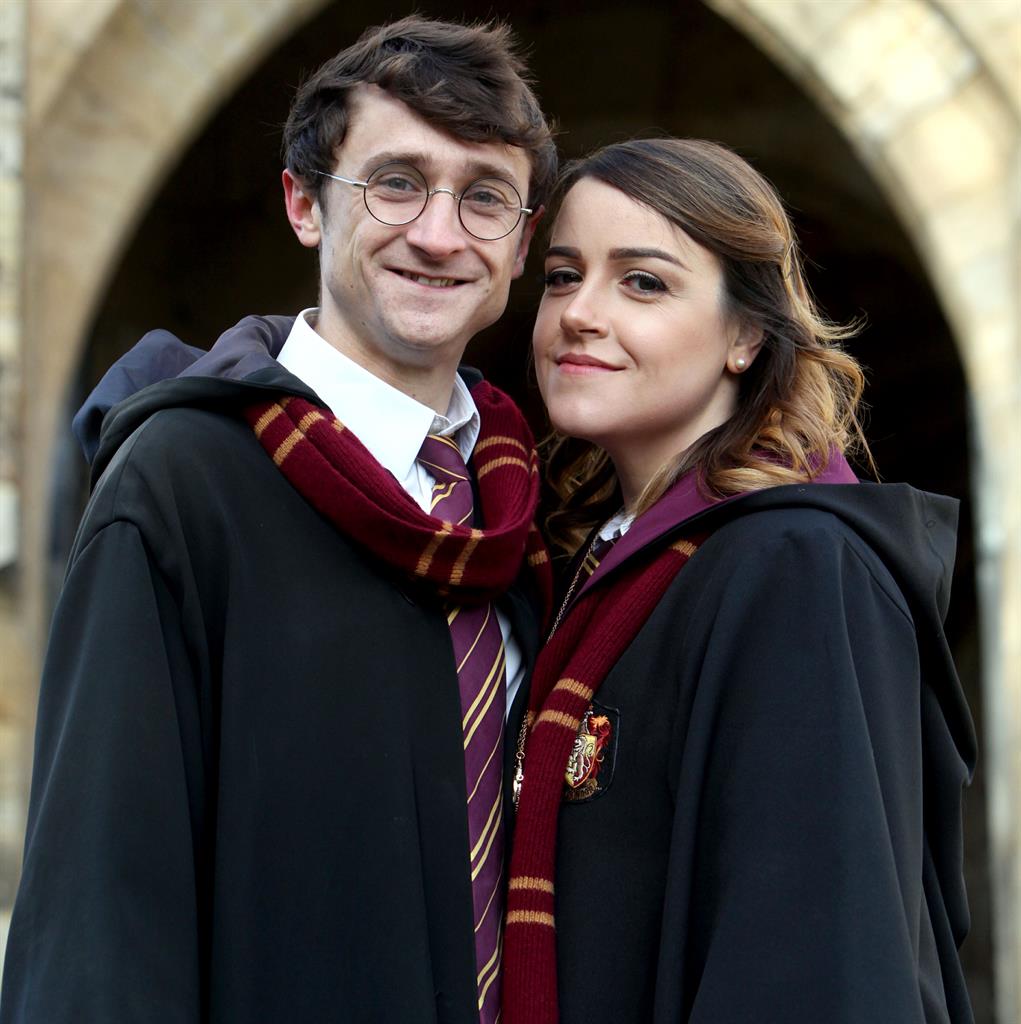 Kathryn is a Hermione Granger lookalike and you have to admit, the resemblance is striking (is Polyjuice Potion involved?).

Kathryn and her partner Luke Williams, who is a Harry Potter lookalike, are known as The Harry Potter Couple and are available as Harry and Hermione performers for all sorts of parties and events.

The pair met at Alnwick Castle, which is a filming location for Harry Potter and the Philosopher’s Stone as well as the second installment, the Chamber of Secrets.

Without the use of the Love Potion known as Amortentia the now quite famous Harry Potter Couple have been together since.

They certainly make an entertaining duo, adding to their popularity is the fact that many Potter Heads were rooting for Harry to end up with Hermione rather than Ginny Weasley, but we’re not sure how Ron feels about this pairing!

This magical duo have been kind enough to make some videos reviewing some of our favourite Harry Potter products which are available right here at Retro Styler!

The first video includes our A5 Hardback Notebook, the famous Hogwarts School Crest is debossed into the leather-look cover and this awesome Harry Potter Notebook makes a sturdy companion for any Witch or Wizard studying at Hogwarts. It even features a metal clasp with the ‘HP’ logo on it to help keep your notes private from prying eyes. Mischief Managed. The video also features a real piece of Harry Potter magic – our Levitating Broomstick Pen!

This Nimbus 2000 Pen has been given a Levitation Charm, Wingardium Leviosa and will hover above its plinth until you’re ready to take notes or maybe write some Harry Potter fan fiction!

Everyone remembers Harry’s Nimbus 2000 Broomstick, a racing broom with a mahogany handle and the Nimbus 2000 logo proudly emblazoned in gold at the top of the handle.

Any real fan knows that Harry was chosen as Gryffindor Seeker in his first year at Hogwarts School of Witchcraft and Wizardry, Professor McGonagall spotted him catching Neville Longbottom’s Remembrall when Draco Malfoy dropped it from a great height during their first flying lesson.

Harry, who thought he was in trouble was smartly whisked off to the castle to meet Wood, the Gryffindor team captain and he was officially part of the Quidditch Team – the youngest Hogwarts Seeker in a century!

Technically his first broom was a toy, a present from his godfather Sirius Black for his first birthday. Harry reads about it in a letter from his mother to Sirius that he finds at 12 Grimmauld Place while he, Ron and Hermione were staying there.

Check out the videos below which we posted on our Retro Styler YouTube Channel - The Harry Potter Couple have given a fantastic insight to our two Potter Products! Dressed in Harry and Hermione's Gryffindor School Robes, the lookalike couple are as close as it comes to the real Witch and Wizard apparating in front of a camera and filming the review themselves!

Enjoy your viewing and be sure to stay tuned for more Wonderful Wizardry content!

From everyone here at Retro Styler we'd like to say a big Thank You to our fantastic new friends - The Harry Potter Couple! We hope to see much more of you in the future. xoxo