The 5 Best Things About The Ghostbusters Franchise 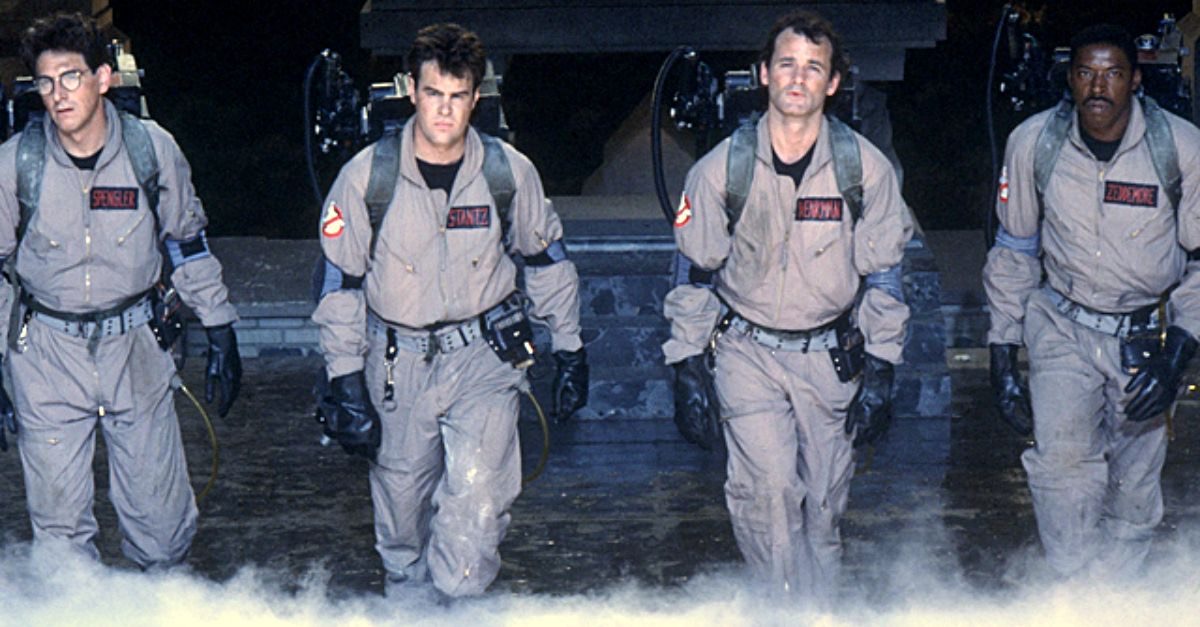 There is no denying that Ghostbusters is one of the most iconic film franchises we have ever known. The first Ghostbusters film was released waaay back on June 8th 1984, and was initially premiered in 1,319 theatres.

Did you know that Ghostbusters and Joe Dante's Gremlins were in fact both released on the same weekend?

It's fair to say that Ghostbusters delighted viewers of all ages from its first screening, and has continued to do so till this day.

The film's theming and light-hearted comedy has rippled across pop culture, and we still see various nods to the awesome franchise in many other aspects of TV and film today.

One more recent example of this was the Stranger Things season 2 trailer, where we saw Dustin, Mike, Lucas and Will rocking the original Ghostbusters boiler suits, complete with homemade proton packs and ghost traps.

With Ghostbusters: Afterlife release looming, we thought it would be a great time to look back through the ages and pick out our 5 best things we love about the Ghostbusters franchise as a whole.

With the Ghostbusters film taking the world by storm with its undeniable success and popularity, the spin-off cartoon series was brought to our screens in 1986, only 2 years after the initial film release.

The cartoon series featured the clan in their usual phantom-fighter gear taking on new adventures across New York City.

First debuted on ABC, the cartoon was yet another massive success for the Ghostbusters franchise and continued to please fans until 1991, with a DVD release following shortly after.

It might not have been as well known as the first, iconic film, but the cartoon series definitely helped the most fanatic of fans scratch their Ghostbusters itch. 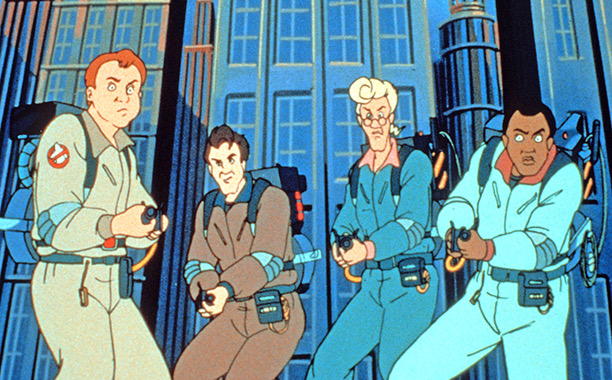 Prior to the release of the first Ghostbusters film, Harold Ramis was more well known for being a writer and director more than a starring role actor.

Ramis was well known for directing numerous films but most notably he directed National Lampoon's Vacation, released in 1983, which has become a much-loved classic.

It's safe to say that Ramis turned his hand to acting wonderfully, nailing the part of Egon Spengler in the Ghostbusters film.

He is known amongst fans for his deeply sincere yet revolutionary humour and is loved for the way he brought that to his role.

Sadly, Ramis passed away in 2014 from Vasculitis, which is a disease that causes inflammation to blood vessels in the body. Following from this awfully sad news, fans poured out tributes.

Tribeca Firehouse, which acted as Ghostbuster's HQ in the film, was covered in flowers, pictures and fans even brought tasty snacks (including a whole lot of Twinkies) for all to enjoy as they remembered their favourite Egon moments from the film.

The Ghostbusters film's popularity was matched by massive commercial success, with a huge demand for merchandise occurring almost as soon as the first fans who got a glimpse of the film left the cinema back in 1984.

T-shirts, soundtracks, action figures and those insanely iconic boiler suits were most demanded by those who simply couldn't get enough of the film.

LEGO released a 508 piece replica of the awesome Ecto-1 that fans can build and enjoy in the comfort of their home! This piece was released to celebrate 30 years of ghost-busting action, but has since been discontinued, making it an extremely sought-after collectors edition.

Check out our most desirable Ghostbusters merch here!

They received both nominations for 'Best Visual Effects' and 'Best Original Song'. Considering Ghostbusters was a mainstream, light-hearted comedy which was lapped up by people of all ages, which we wouldn't usually expect to see nominated for such prestigious awards, these two nominations spoke volumes on how influential the film had been on the film industry as a whole and how positively regarded it was in the Hollywood world.

Ghostbusters pushed the boundaries with the new and high-tech visual effects that we had not seen before on the big screen, and paved the way for many films we have enjoyed in more recent times.

Yes okay, Ghostbusters didn't actually snatch either award, but it has to be recognised as a pivotal moment in the industry, where the film's popularity and likability pushed it to the next level causing the film to get nominated. 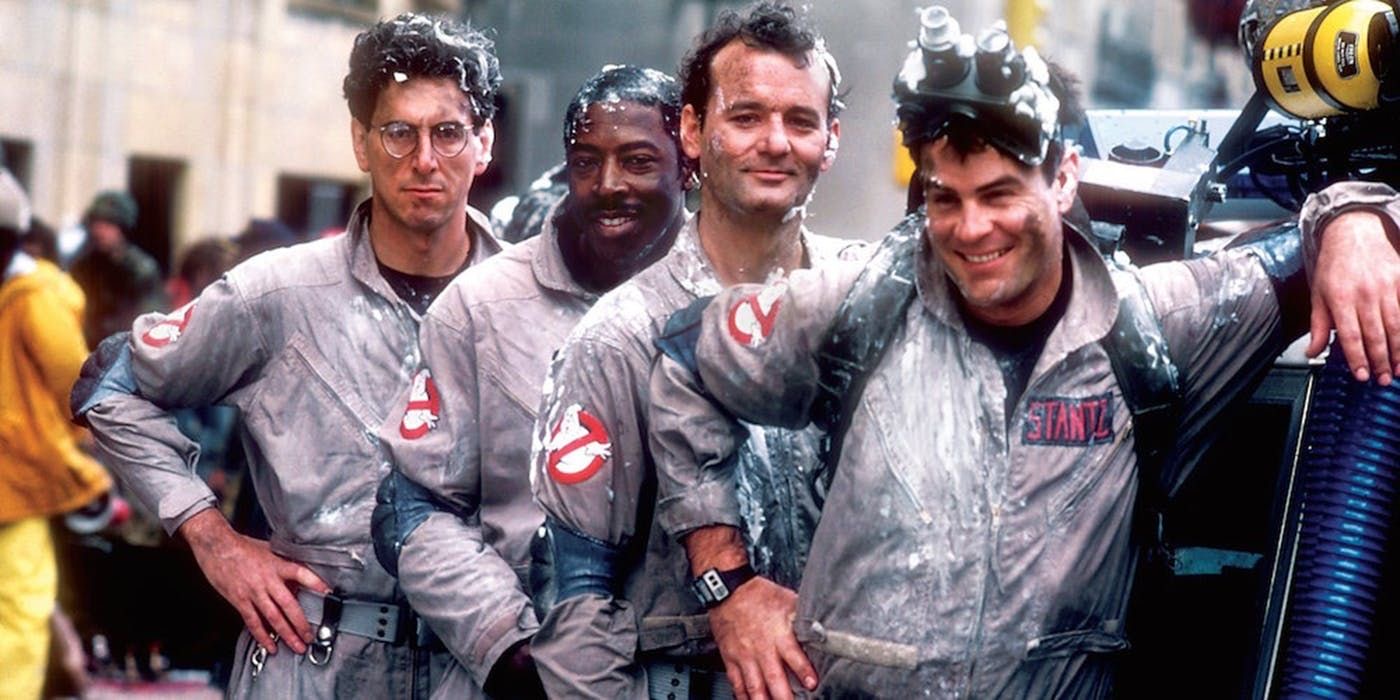 Number One: The Theme Song

Seen as almost compulsory in the 80s, every film was released with a sound track - it was just the "done thing".

One thing that was different with Ghostbusters though, was that the theme song actually reflected the story line of the film, which was something completely new back then.

Ray Parker Junior was a popular singer/songwriter and is still regarded as one of the greats today.

Ray Parker Junior took up the challenge of conjuring up a theme song to the soon-to-be-released sci-fi hit with ease, reportedly writing the song we all know and love today in a matter of days.

With the song itself nailed, the team behind the Ghostbusters franchise and fans alike wanted more, and they decided to release an official music video to accompany the tune, which contains snippets from the film and Parker Junior himself alongside comedy giants Chevy Chase and John Candy.

Once released, the theme song maintained three weeks at the top of the Billboard Hot 100 Chart and is one of the most nostalgic songs that we can't get enough of when played at ANY party.

The "who you gonna call?" theme didn't stop there though, as the phone number became one of the main catchphrases of the film. Ivan Reitman went even further with a streak of marketing genius when he set up a real 1-800 Ghostbusters hotline that fans could call.

When the fans picked up their phones to contact the trustee Ghostbusters, they were greeted with a pre-recorded message from Ray Stantz and Peter Venkman and the hotline logged 1,000 calls a day, 24/7 for 6 weeks straight!

Tell us about all your favourite bits of the wonderfully retro Ghostbusters franchise in our comments section below!