As you may know, Paddington Bear wasn't always a star of the big screen, his first appearance was in a 1958 children's book titled A Bear Called Paddington.

Since then, Paddington Bear has featured in more than twenty books written by British author Michael Bond and illustrated by Peggy Fortnum, as well as other talented artists. These wonderful children's books have been translated to 30 languages across 70 titles and have sold more than 30 million copies worldwide!

As well as ALWAYS being polite, this anthropomorphised little bear from Peru has sweet retro style, with his weathered suitcase, old red hat, blue duffel coat and marmalade sandwich stash (usually under his hat!).

Paddington's worldwide popularity has skyrocketed him from books, to tv to cinema, with not one but two movies... and a bunch of merchandise to boot! Here at Retro Styler we're suckers for awesome tv and movie merch, which is why we just can't stop collecting Paddington Plush as well as a wealth of other lovely Paddington Gifts. 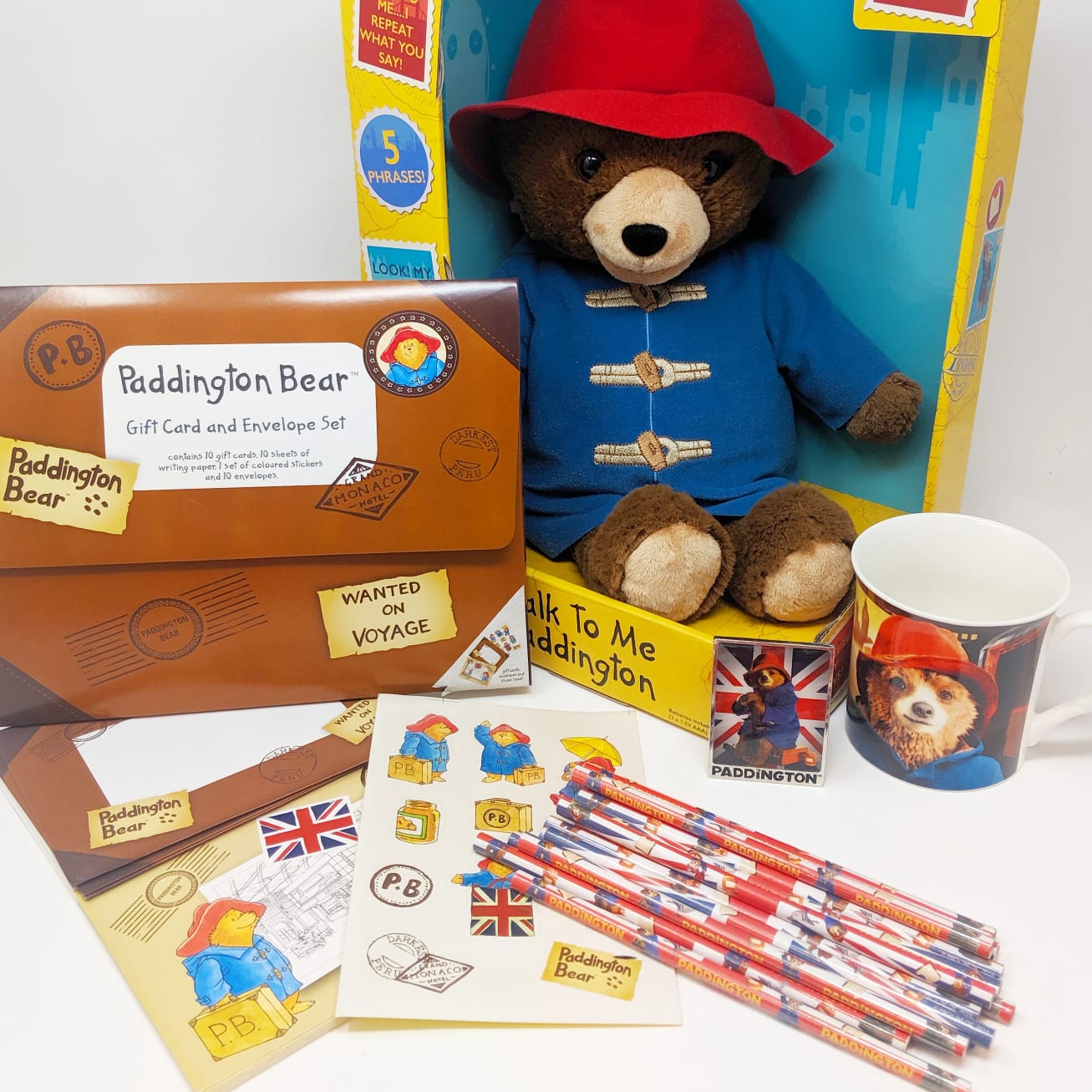 This week we're giving away over £55 worth of officially licensed Paddington Bear merchandise, featured above, to one lucky winner. Read on to see how you could win these lovely Paddington Prizes...

How to Win our Big Bear Bonanza

Subscribe to The Retro Styler Blog & Give Email Permissions. We want to keep you up to date with all of the Bear Necessities and awesome deals here at Retro Styler! So that we can try not to bore you, fill out the 'Brands' fields on the form and we make a note of what tickles your fancy!

"What do you love most about Paddington Bear? Let us know in the Blog Comments below in as much lovely detail as you can - don't be shy, we won't bite! Also don't forget to follow us on Instagram to get noticed and make your competition entry that little bit sweeter!

We will announce the winner of our Paddington Prize Give-Away in the blog comments below on Monday the 9th September so make sure to check back and see if you're the lucky winner!

Before you go, let's return to that fateful moment that our marmalade-loving bear met the Brown family at Paddington Station (stranger danger!)...