Game of Thrones: 5 Fun Facts That You (Possibly) Didn't Know! 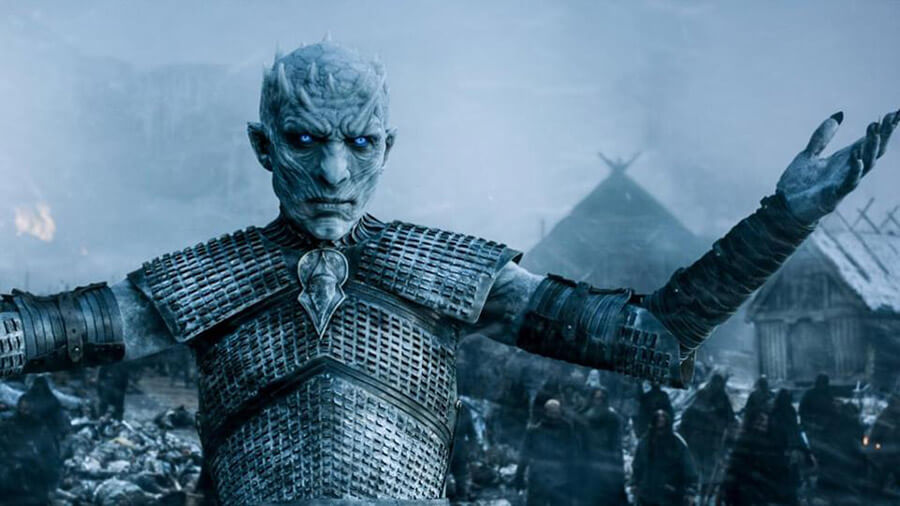 Many of us are mourning the loss of our favourite TV show and looking back fondly of the years spent watching, and waiting for, the latest instalments from our Westerosi pals. For now we can re-watch the eight spectacular seasons and picking out details we may have missed before, hidden gems of information within seemingly idle conversations between these intricate characters.

Although GoT is finished, there is to be a prequel, thank the Gods (the Old and the New). HBO have said that the show will take place thousands of years before ‘A Song of Ice and Fire’ and before Ned made the silly mistake of heading south at the King’s request. We heard about the Andals, and saw the First Men and of course the Children of the Forest in Game of Thrones, the new series will be called The Age of Heroes which is the name given to the era after the Children and the First Men made a peace treaty.

We’re waiting with bated breath for the show to air, but in the meantime we’ve compiled a list of things you definitely didn’t know, or maybe you do, about Game of Thrones! 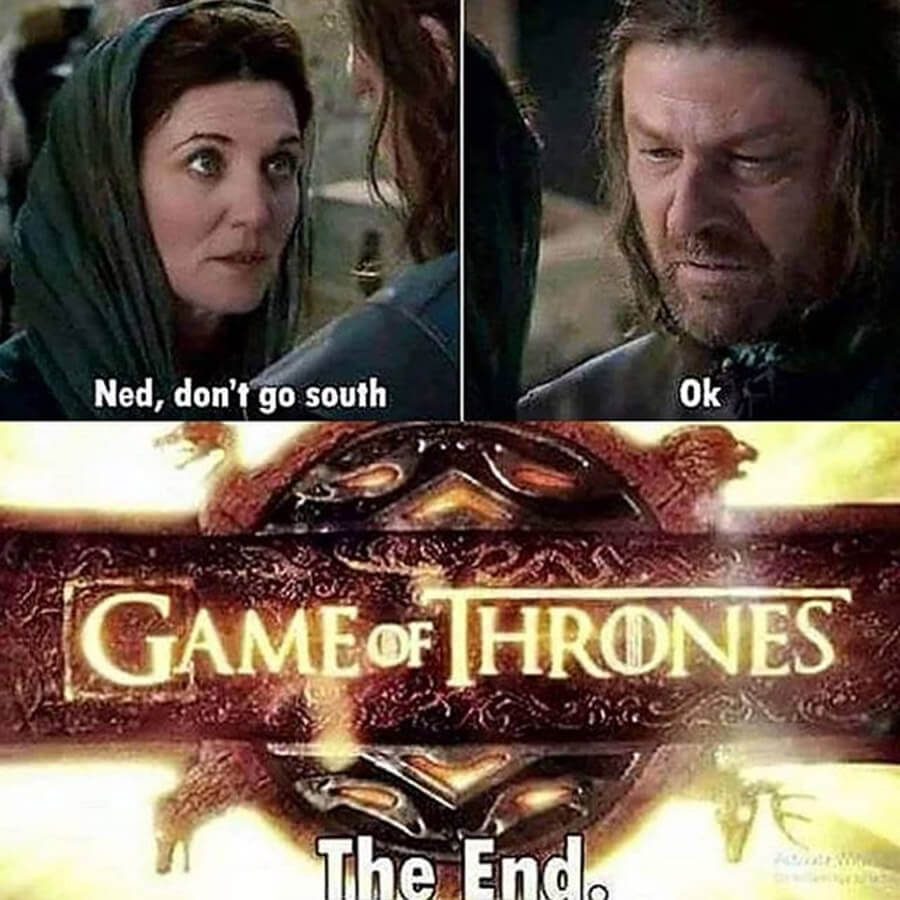 Sean Bean, who played Ned Stark, head of House Stark, Lord of Winterfell, and Warden of the North, didn't know who Jon Snow's real mother was and admits that he was even left in the dark about Jon not being his bastard! The actor says that "Like with everything with Game of Thrones, it was kept very dark and secret ... I think that’s the kind of magic and the glory of Game of Thrones—that’s why it’s so stunning and breathtaking when these secrets are revealed.”

2. Lady and the Stark 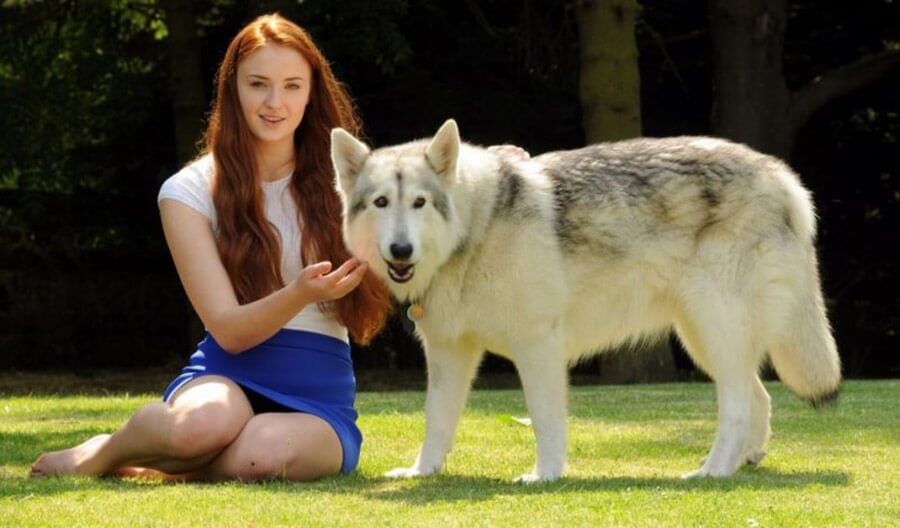 Sophie Turner who played Sansa Stark actually adopted her Direwolf, Lady, after filming season one. Robert Baratheon ordered the wolf to be killed because Arya's Direwolf Nymeria had bitten Prince Joffrey. As Nymeria had made herself scarce after the attack, Lady bore the brunt for the crime. Ned said that he would carry out the sentence stating that "being of the North, she deserves better than a butcher".

Lady, whose real name is Zunni, was adopted by Turner as she was going to be re-homed having finished her GoT career. Sadly the dog passed away in 2017.

..dead. Unfortunately for Richard Madden who played Robb, the internet exists. Madden had avoided reading the books past the point of where he was in the show and was aiming to avoid finding out what happened to his character. Fans who had read the books had of course discussed his outcome and when he curiously Googled his character he found out about a certain Wedding. A very Red Wedding indeed.

"Moon of my life". Not everything the nomadic horse-mounted warriors did was quite so friendly, but now you can learn the Dothraki language and convince everyone that you're from Essos thanks to a conversational language course created by linguist David J. Peterson, who worked with HBO to create the Dothraki heard on the show and released by Living Language. Impress everyone in Kings Landing with your new language, if you're brave enough to ride your Wooden Horse across the Narrow Sea that is! 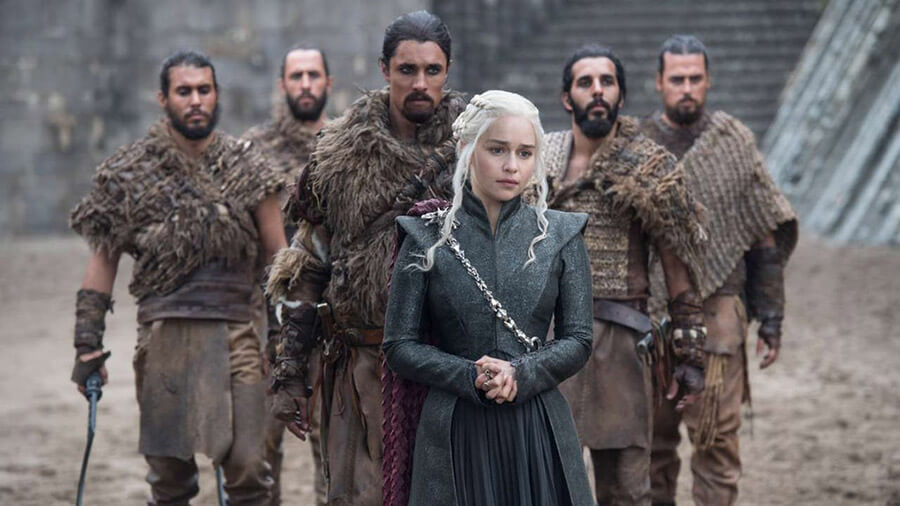 The Battle of the Bastards was one of the most anticipated episodes of season 6 and it did not disappoint! Jon and Ramsay finally faced off outside Jon's childhood home of Winterfell and it's safe to say that things were looking pretty grim for everyone's favourite bastard for a while!

It looked like Jon was going to be crushed and in order to keep Kit Harrington from being genuinely hurt the crew decided on a safe word so that he could call off the extras at any time and release himself from the hoard! 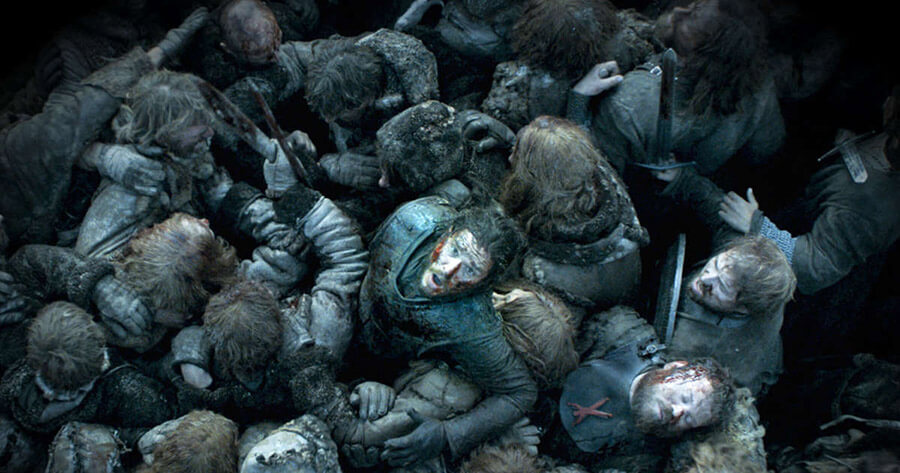 We love Game of Thrones here at Retro Styler so it's no wonder we have a lot of unbelievably cool GoT Merch -  more than enough to see you through a Westerosi winter!

Check out some of our range below and visit the site for more great products! 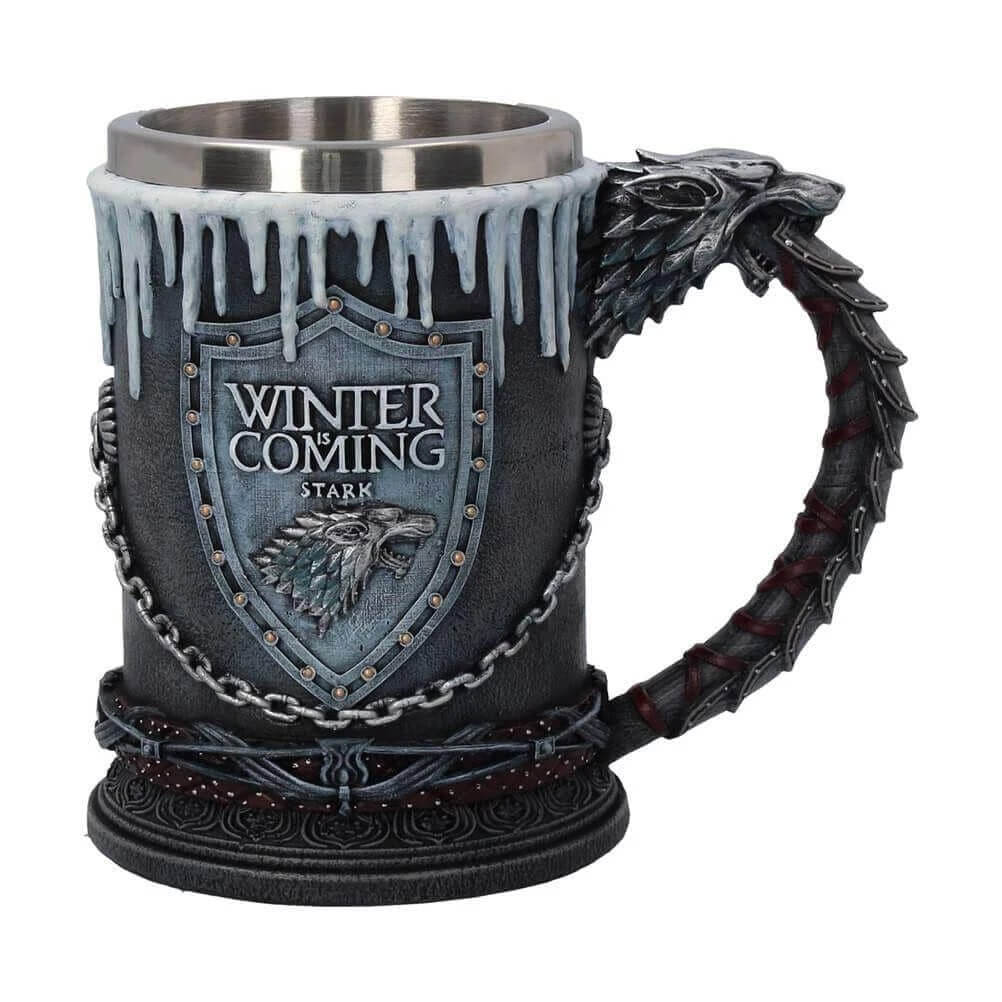 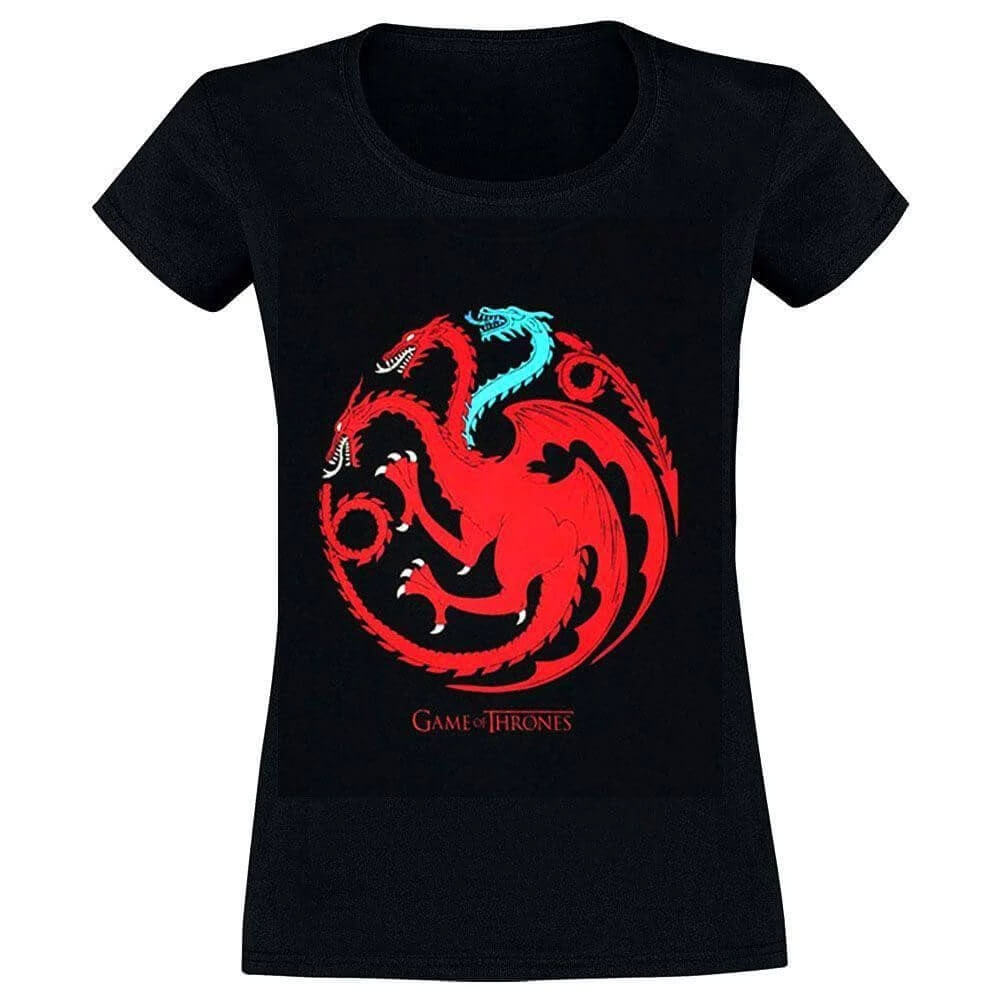 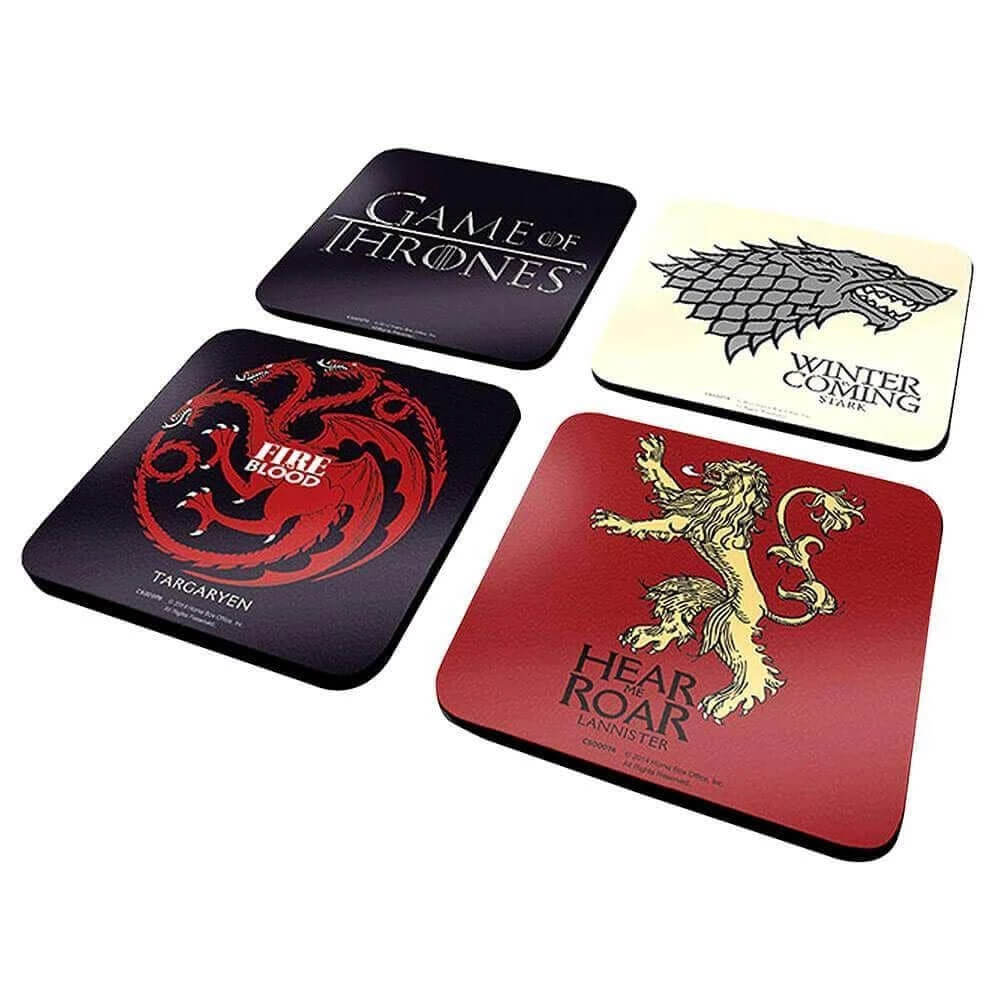