New Cinema Release Dates for Your Favourite Films of 2020 It’s safe to say that 2020 has been anything but an average year. It would feel inappropriate to begin this blog post without acknowledging the sacrifices we have all been forced to make during the Coronavirus pandemic. Here at Retro Styler, we would like to thank all of those who have been on the front-line during the crisis, and send lots of love to those who have been through the toughest few months.

It would also feel inappropriate to not highlight our support for the Black Lives Matter movement which has rightly so come to the forefront more recently. We stand in solidarity with all of those affected by racism in their day to day lives.

It’s up to all of us – Black, white, everyone – no matter how well-meaning we think we might be, to do the honest, uncomfortable work of rooting it out.

Although the pandemic may have put a pause on our lives for now, I can’t think of a better time to look forward! Internationally, we have all been in this together, and nothing unites us all like our love for film and the escapism that it allows.

Understandably, many plans for 2020 have been cancelled or postponed and this includes a vast number of film releases. My main aim is to take you on a journey through all the film releases we have yet to come and help you to look forward to all the cinema dates we’re yet to have… (how I have missed you sweet and salty popcorn - controversial I know!)

Minions: The Rise of Gru

I for one cannot wait to see the return of all things Minions, although we do have quite a little longer to wait yet…

Minions: The Rise of Gru, follows the untold story of one ambitious 12 year old who will stop at nothing to become the most infamous supervillain. The trailer is teeming with tonnes of pop-culture sophistication, funky music and that infectious humour Illumination always convey so well.

The premise of this film allows the audience to uncover more about Gru (Steve Carrell), who has been one of the most lovable most mysterious characters to hit our screens in some time.

It’s about time Gru had his time to shine in this origins story!

With the first Ghostbusters film hitting our screens ALL the way back in 1984, there is no question that this franchise has established itself as a true retro classic!

Ghostbusters: Afterlife follows a family on a quest for better things as they’re left broke and with little option but to move to Summerville where an empty, old house they inherited awaits them. It’s not long until the family realise things aren’t quite “normal”, as the children learn of the ghostly goings on in New York back in the 80s, linking everything back to the iconic first film.

It won’t take long for true fans to get excited about this film, as we see the Ecto-1 in all its glory in the action-packed trailer!

The star studded cast only adds to the hype surrounding this film, as we can expect to see Finn Wolfhard (better known for playing Will in the cult classic Stranger Things), the unaging Paul Rudd and of course the return of legendary Bill Murray.

A direct sequel to the 1992 film of the same name, the film due to be released in early autumn this year is the 4th film in the Candyman franchise. Originally based on the short story “The Forbidden” by Clive Barker, the 2020 film follows a couple who have recently moved into the gentrified Cabrini area.

Through the film, Andrew McCoy (Yahya Abdul-Mateen II) and his girlfriend, Brianna Cartwright (Teyonah Parris), slowly but surely learn of the true horror of what was once regarded an urban legend - Candyman.

Known for his hook for a hand, it is said Candyman (Tony Todd) is summoned when his name is repeated five times whilst staring into a mirror.

Unlike his name may suggest, this guy doesn’t pop up to hand you your favourite pic’n’mix treats, often greeting those who dare summon him with their inevitable death.

Top Gun quickly became the highest-grossing film of 1986 as it took six whole months before the theatre-goer count dropped below that of its opening week.

Nearly 34 years after the original Top Gun landed in cinemas, fans have been eagerly awaiting the arrival of the newest film Top Gun: Maverick, and have been so far disappointed as the release date has been extended not once, but twice.

Now though, Christmas can’t come quick enough for all Top Gun fanatics as the sequel has been announced to hit theatres this December.

Although Top Gun: Maverick comes over three decades after the initial release of Top Gun, it’s safe to say that Tom Cruise is looking just as good in that iconic jacket and those shades!

The shots of the Maverick in flight are truly breathtaking, and the trailer has set the scene to reintroduce the massively successful franchise to a completely new audience.

Another film which has seen its fair share of setbacks on the release date front, the iconic DC Comics heroine is due to return to our screens this summer!

As the most recent addition to the franchise, this adventure is set in 1984 and sees the Amazonian princess Diana nursing a broken heart after the loss of Steve Trevor whilst simultaneously bossing a face off with both Cheetah (Kristen Wiig) and Maxwell Lord (Pedro Pascal) in what are promised to be epic rivalries…

So Steve Trevor is back… although it has been promised that his return isn’t as clear cut as it appears in the trailer.

Many critics have come out and said it’s time that DC Comics flung themselves into the present, by producing a film set in more recent times.

With that said, Patty Jenkins who wrote and produced the 2017 Wonder Woman film is back by popular demand and promises to deliver exactly what the fans are pining for.

BILL AND TED FACE THE MUSIC

More than 25 years since Bill and Ted’s Bogus Journey, Alex Winter and Keanu Reeves are set to return to our cinema screens this year.

In Bill and Ted Face the Music, we follow both William (Bill) and Theodore (Ted) on a worldwide journey as they aim to save the world in 78 minutes whilst the iconic duo also attempt to juggle fatherhood.

After much speculation, rumours and near cancellations, production of the film began back in the summer of 2019 and screenwriter Ed Solomon has been taking the most avid fans backstage regularly via his social media accounts.

Solomon hasn’t stopped there though, he recently gave fans the chance to star in the film themselves by clicking on a link shared on Twitter, which has unfortunately since closed.

Best watch the film to find out if you made the cut, dudes!

THE CONJURING 3: THE DEVIL MADE ME DO IT

Really… Is this only the third film in this franchise?!

In all seriousness, The Conjuring has become one of the most famous horror film series to grace our screens and shows no signs of slowing down as the third film is set to release this autumn.

It seems we can’t get enough of the twisted and dark plot which is said to be based on a true story.

In this instalment, we see Ed and Lorraine Warren return to try and expose the truth when a murderer claims they were under demonic possession.

Warning - the trailer isn’t for the faint hearted…

Being released as part of phase four of the MCU, Marvel’s Eternals introduces us to an immortal alien race who have secretly inhabited earth for over 7000 years.

With both Hollywood A-lister Angelina Jolie and Game of Thrones’ Richard Madden announced to join the cast during Disney’s D23 convention in August 2019, this film’s release has been eagerly anticipated by almost all Marvel film buffs - but unfortunately we’ll have to wait until the beginning of next year to get our fix.

Eternals use psionic powers (AKA psychic powers) to control matter at a molecular level, allowing them to do almost anything. Within the Eternals clan, interests, levels of power and specialities all vary however they are united as one by their ability to live forever.

With their existence spanning an incomprehensible period of time, their lives are bound to conflict with various human events, which promises to make the story line incredibly complex with almost endless possibilities. 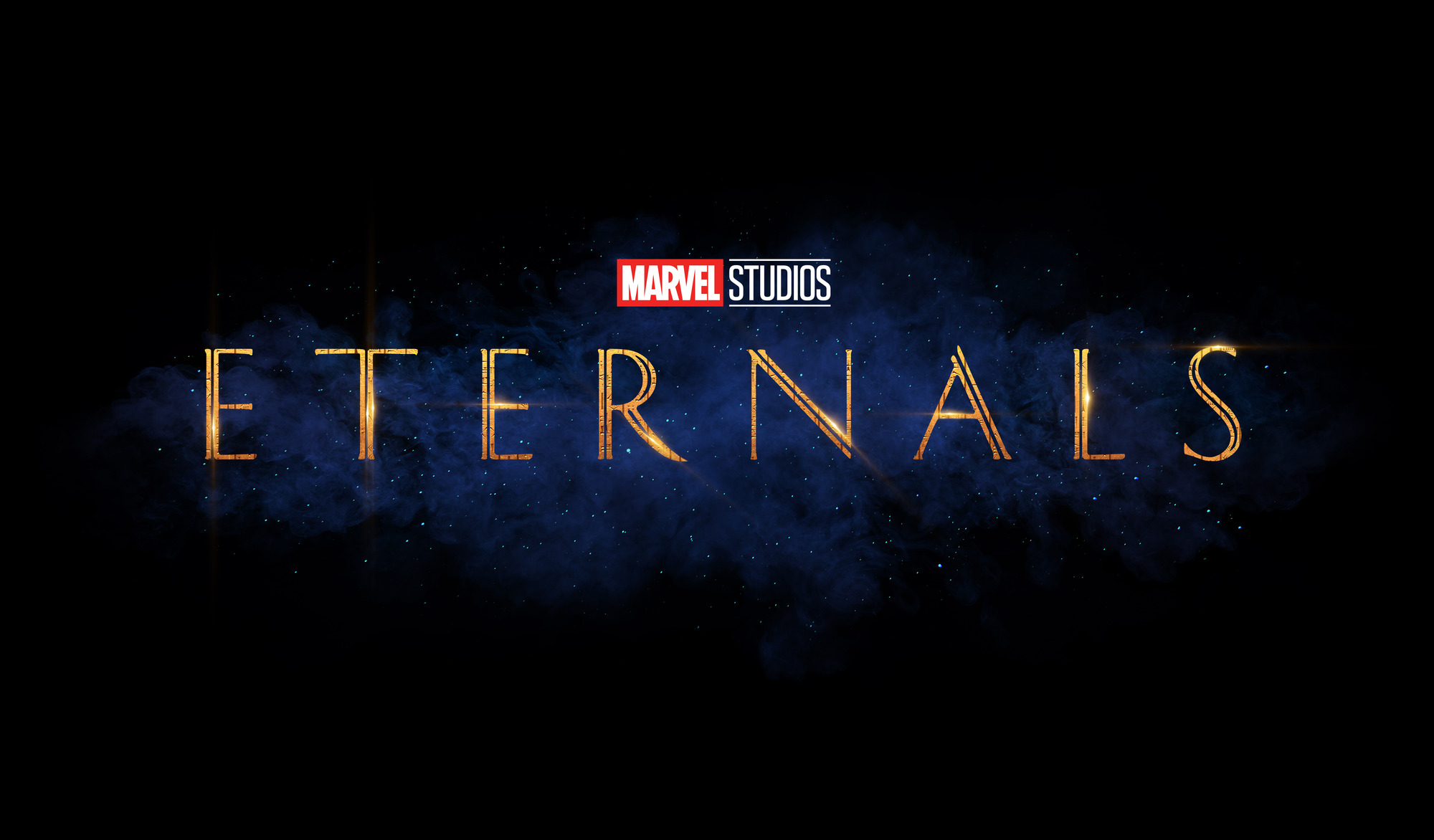 So, there we have it, my run down of the biggest films set to hit our Cinemas soon - some sooner than others I have to admit.

In the meantime, make sure you follow this blog closely as we delve into the world of all things retro and film - it’s not like we all have much else to do these days anyway!