It doesn’t take a genius to figure out that we’re for all things retro here at Retro Styler and we have a wide range of brands to quench your nostalgic taste buds. From Moomins, Sesame Street and Disney to Stranger Things, Despicable Me and Friends, we really have got all of your favourite franchises covered.

Welcome to our Newest Blog Series!

This blog series sets out to explain the links between our various franchises and their retro roots, taking you on a tantalising journey through the ages, aiming to uncover some funky facts about some iconic franchises along the way.

This week we’re getting our teeth into the much-loved adult American animated sci-fi sitcom, Rick and Morty, which was created by Justin Roiland and Dan Harmon and was originally released in 2013.

1. Ties between Rick and Morty and Back to the Future 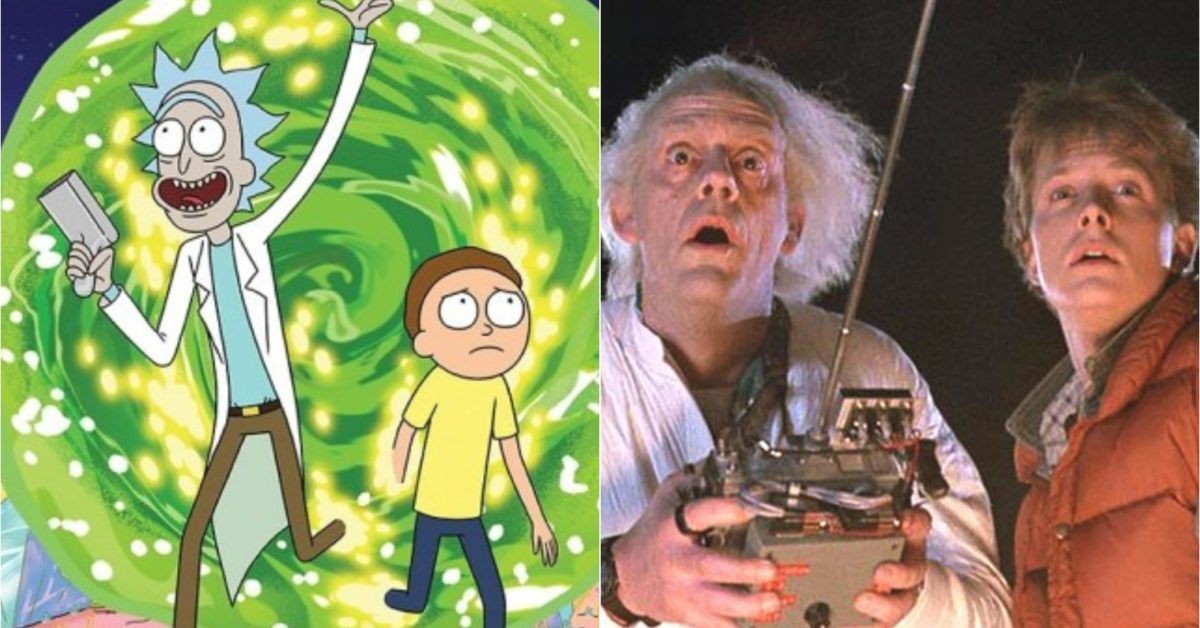 In our opinion Back to the Future is one of the most classic retro films out there, and of course we love it for all its cheesy comedy here at Retro Styler, but even we have to admit how Rick and Morty has devolved from this classic is pretty clever.

Now you look a bit closer, you can clearly see the visual similarities between the lead characters of both Rick and Morty and Back to the Future, showing just how obnoxious yet hilarious the more modern rip-off is.

You have probably heard the Rick and Morty theme tune over and over during your back-to-back episode binges, but have you noticed just how familiar the theme tune really is?

Not only is the tune quintessentially sci-fi, both Roiland and Harmon have also discussed how they took their inspiration from a mixture of the Doctor Who and Farscape theme tunes.

Doctor Who was first broadcast in 1963 and still continues to release new additions to this day, becoming one of the most iconic sci-fi franchises to ever grace our screens.

Farscape is definitely the younger brother of sci-fi giant Doctor Who, with a much more short-lived career, first making its appearance in 1999 with the last episode airing in 2003.

Why not take a break from reading and wander around our latest Doctor Who merch?

3. That South Park and The Simpsons Crossover

Rick and Morty fans were left amazed when the franchise released epic South Park and The Simpsons crossover episodes.

The crossovers came to fruition thanks to a bizarre Easter egg in Solar Opposites and can be seen in ‘The Vat of Acid Episode’ (S04E08). 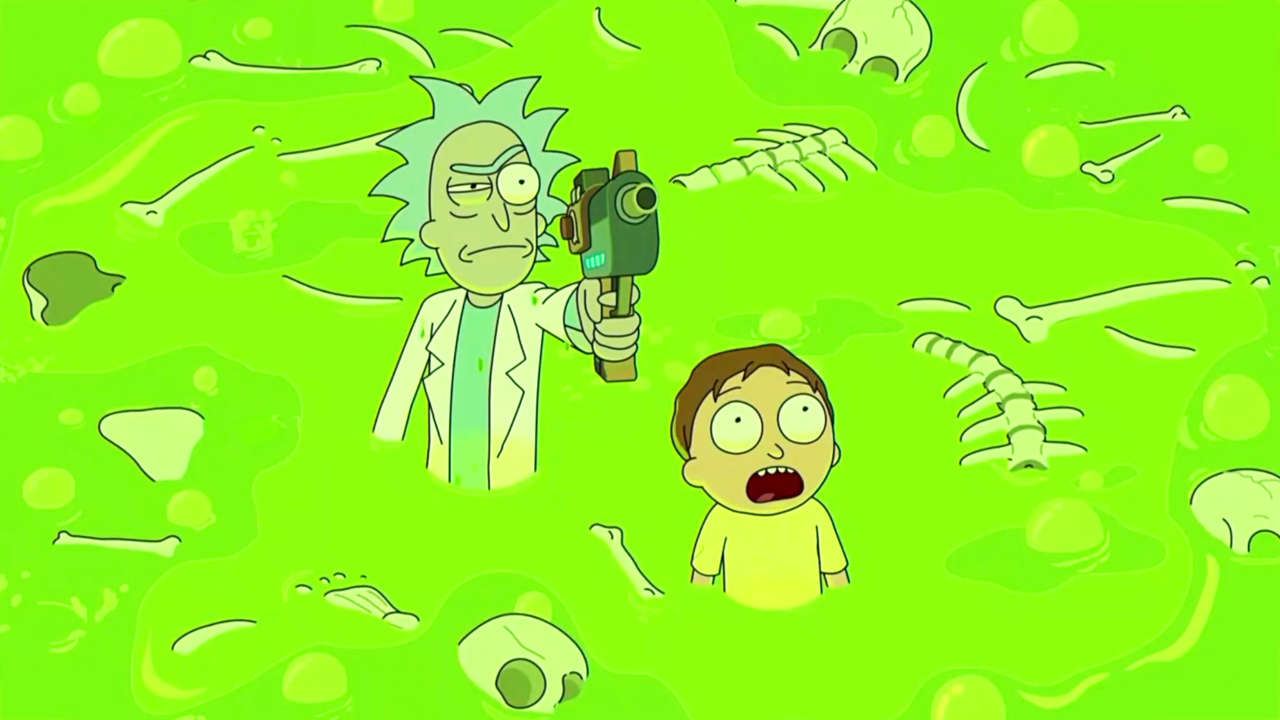 The episode gives a brief nod to Moe’s Tavern, with one scene featuring Morty helping an old man with a backdrop of what looks like the exterior to Moe’s.

There is little doubt that Moe’s Tavern is one of the most iconic locations which featured in The Simpsons franchise on many occasions.

With Homer often residing there to drown his sorrows with his favourite Duff beer, Moe’s Tavern also saw one of the most hilarious gags of the animation, Bart’s famous prank calls to Moe. 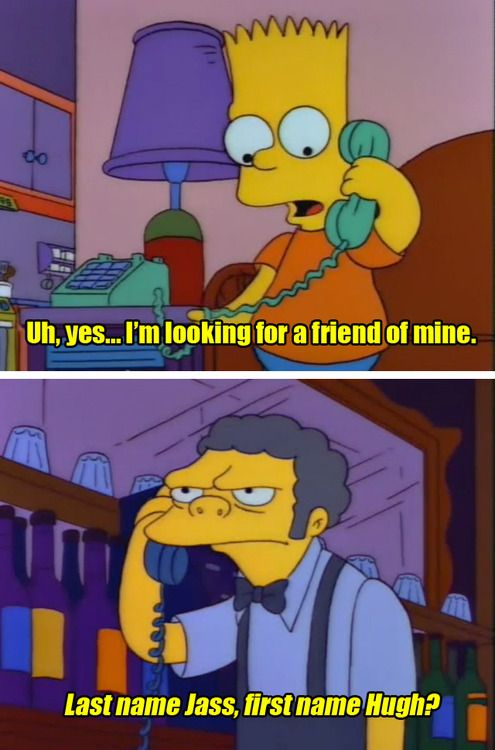 Rick and Morty’s episode didn’t stop there on the nostalgia front though, as we were transported to another scene where one of the survivors of a plane crash dons a blue and red beanie, which is the same design worn by Stan Marsh in the equally iconic South Park series.

Rick went one step further with his references to retro series, including a meta joke as he declares that the episode's whole premise has already been done by Futurama. 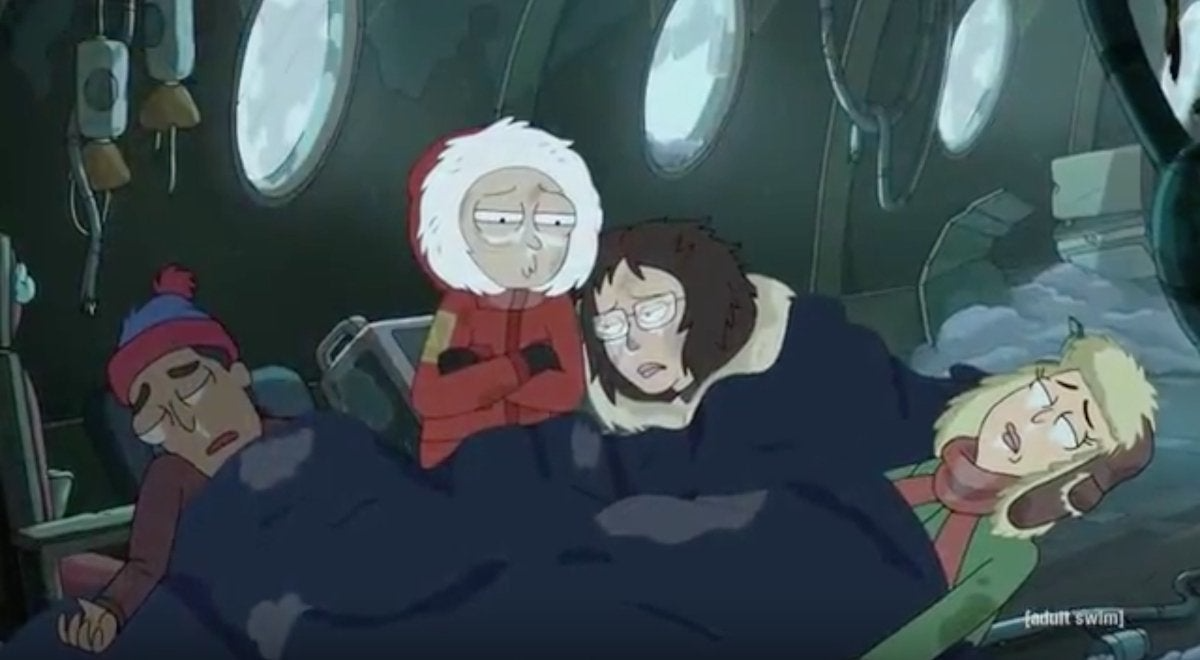 4. The Golden age of Sci-fi

One reason why we’re all for modern additions to the sci-fi world is because the roots of the genre are heavily embedded in the past, making them a perfect fit when it comes to retro references.

Sci-fi has always been a massive part of our lives, with many claiming the Golden Age of the genre the 1950s.

Since then, it was due to the unity of more daring writing and the emergence and improvements in technology alongside special effects which pushed the boundaries of what writers and directors could achieve on the big screen.

This saw films like Spielberg’s iconic E.T., released in 1982, spring onto our screens, amazing viewers of what was possible and also getting us to wonder what the future will look like.

Rick and Morty have taken this one step further, fusing its original cartoon animation style balanced with futuristic time travel and irreverent comedy fit for the 21st century. No wonder it is a massive hit worldwide... 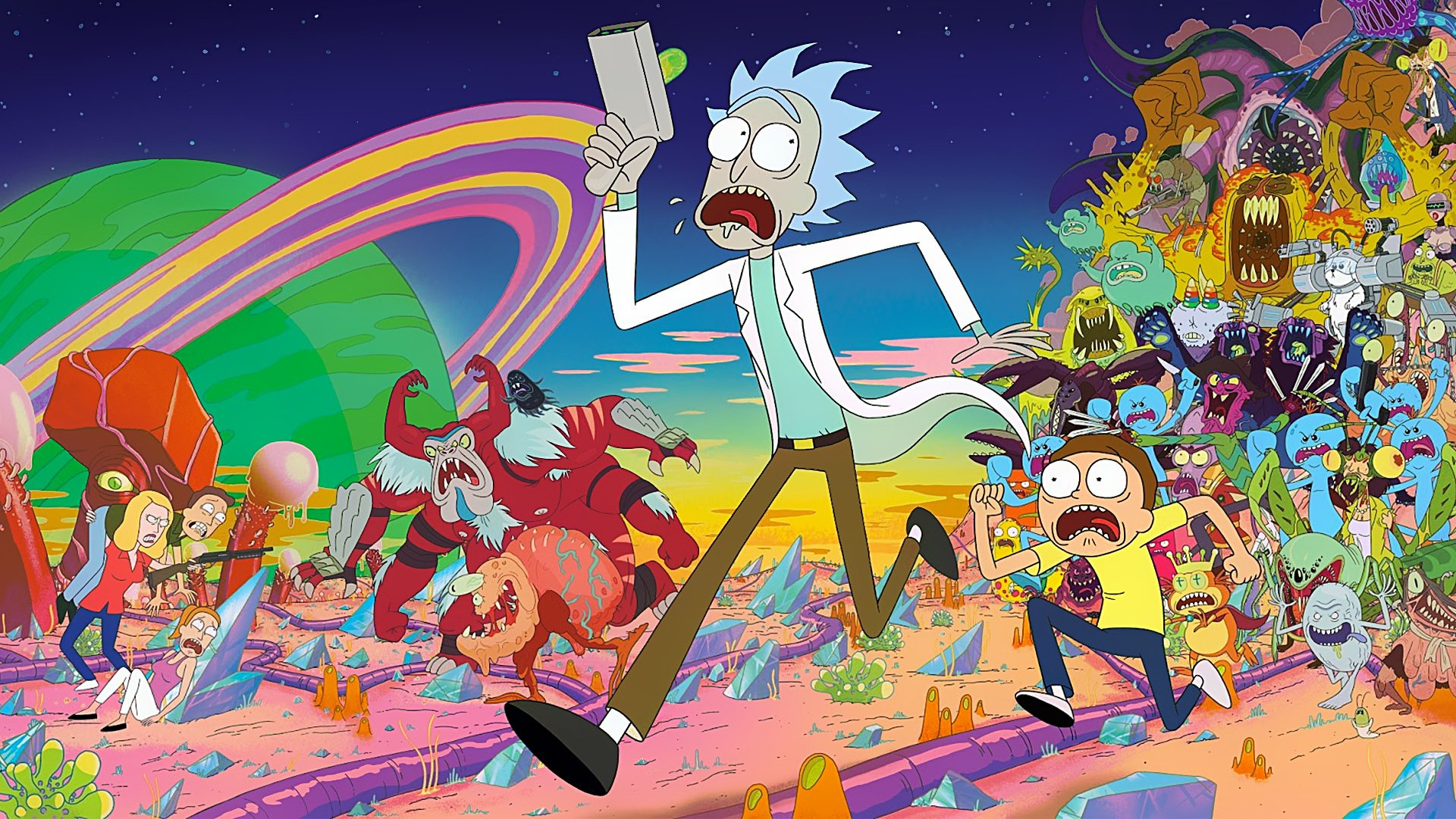 5. just because we love it!

We could spend all day trying to justify why Rick and Morty is retro, but it is undeniable that the style, references and time travel theme are not inspired by wonderful franchises of the past.

With this in mind, it is important to recognise how the creators of Rick and Morty have managed to propel all of these niche references into the 21st century, offering something completely new and quite frankly, hilarious.

The success of Rick and Morty comes down to its writing.

The series has claimed a writing style which is deep, smart, funny, features good character development and arguably most importantly, is completely original.

It is still however wonderfully familiar, pulling on themes from South Park, Futurama and The Simpsons, all of which are hugely successful franchises in their own right. Perhaps it is this balance of familiarity yet originality which has secured Rick and Morty’s fame and popularity.

And there we have it folks, all of the reasons why Rick and Morty is retro and more to the point, why it is just simply awesome.

Be sure to write your comments and tell us why you love the iconic series so much!